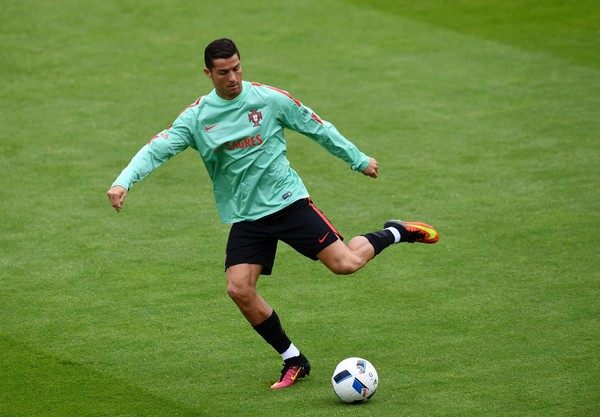 Cristiano Ronaldo is mostly known to be a role model in training. Legends and former teammates have often said Ronaldo is there before the training officially starts and leaves much later than the end of the training. Footages from the Portugal training camps ahead of their 2020 Euro Qualifiers show CR7 indulging in a bit of mischief with his teammates.

Ronaldo is seen holding up teammate and ex-Bayern midfielder Renato Sanches’ dreadlocks and smelling them.

Having a shot at FIFA’s The Best award later this year, Ronnie definitely wants to wind down before getting started again this season with his heroics.