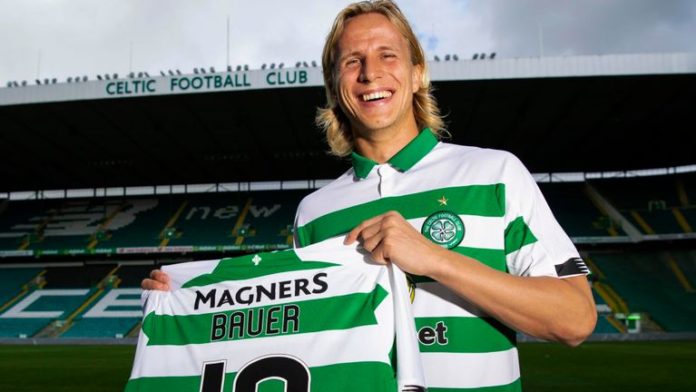 Celtic new-boy Moritz Bauer might have had a normal debut for the Bhoys this Sunday, but fans can’t get enough of him already, particularly in one aspect. The Austrian full-back came to the pitch on the 66 minutes mark and immediately made an impression with a trademark monster throw-in. The 27-year-old, launched a throw in from his own half over the Rangers defence and immediately won his side a corner. And that contribution didn’t go unnoticed as his antic was quickly uploaded on social media. 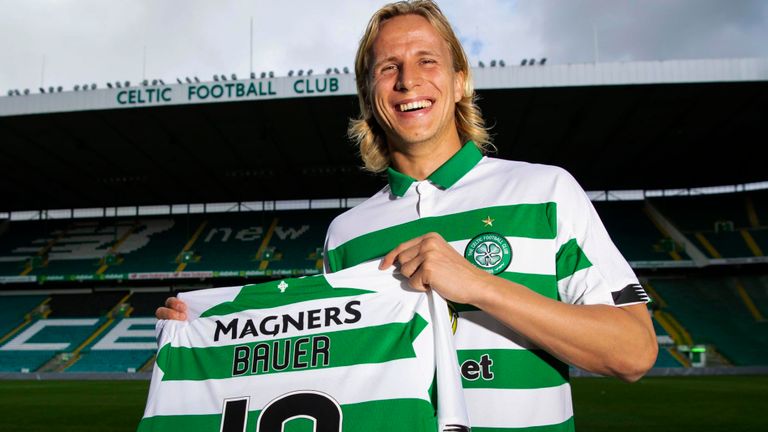 Did anyone else notice the distance Bauer got on his throw in?

We could pretty much send the defenders up when we get a throw-in anywhere in the opposition's half. pic.twitter.com/UynDjJKM1p

The loanee from Stoke was thrown directly into the spotlight after he was substituted in place of the injured Nir Bitton in the second half of the Old-firm derby. He was give the task to keep the right-side secure  by his manager Neil Lennon and he did his job well as Rangers couldn’t fire down that flank in the closing stages. However, he still has to work very hard to make it into Neil Lennon’s starting XI as his competitor for the spot, Israeli Hatem Abd Elhamed has been terrific in pre-season and has already become quite a hero among the supporters.

Bauer however, appears to have coped with team admirably and added to one of the moments of the afternoon at Ibrox. Soon after, he suffered a harsh challenge from Rangers Jordan Jones, but was up within seconds, while Jones was given the marching order. The Celtic fans can surely be hopeful that the steely Austrian will live up to their expectations. His throws are a welcome bonus though.