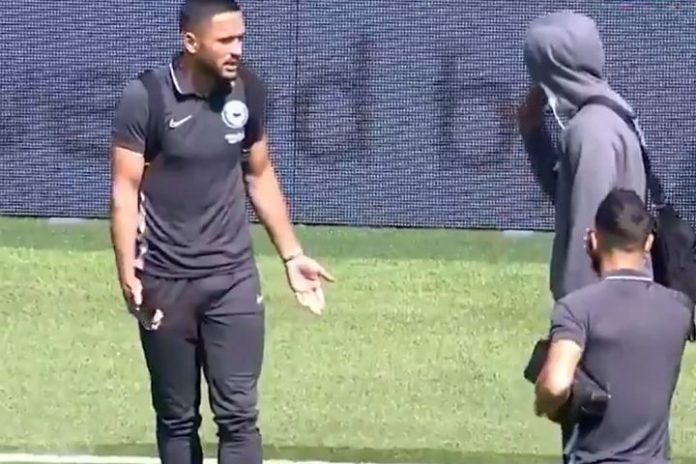 Brighton & Hove Albion defender Bernardo Jr. jokingly kicked his fellow team-mate Florin Andone in the leg in an absolute bizarre bust-up just before their game against Southampton at the Amex Stadium on Saturday. The incident quickly became viral as no one could understand what was Bernardo’s motive behind it. The video shows the Brazilian lashed out at Andone, kicking him in the ankle, with both players remonstrating after the event. 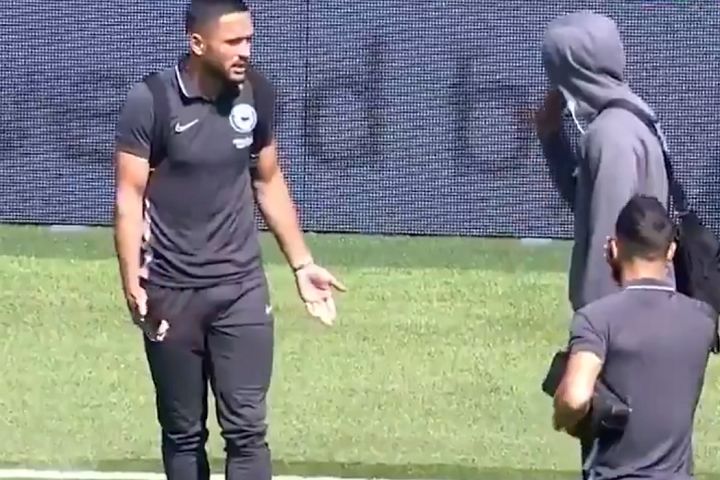 I always find twatting your teammate in the ankle one hour before kick-off goes down a right treat with him & the lads.

On Saturday afternoon, Sky Sports were previewing the Premier League games for that day, when the cameras flashed to Brighton’s home ground. The two players were seen walking onto the pitch for a pre-match warm up when Bernardo decided to boot his colleague in the ankle. But Andone who wasn’t amused quickly turned around in disbelief and furiously questioned why his team-mate had just kicked him. Bernardo, who felt guilty and embarrassed started to protest for his innocence while the Andone was checking the state of his calf. It then appeared that Bernardo explained to his teammate that he was attempting to volley a piece of chewing gum he had spat out and had no intentions to kick him. Andone, though, remained unimpressed with the friendly fire.

To add salt to the injury (no pun intended), the Romanian striker’s day then went from bad to worse as he was sent off just after 30 minutes for a horror tackle on Southampton defender Yan Valery who escaped unhurt. Brighton then went on to lose the match 2-0 to the Saints.