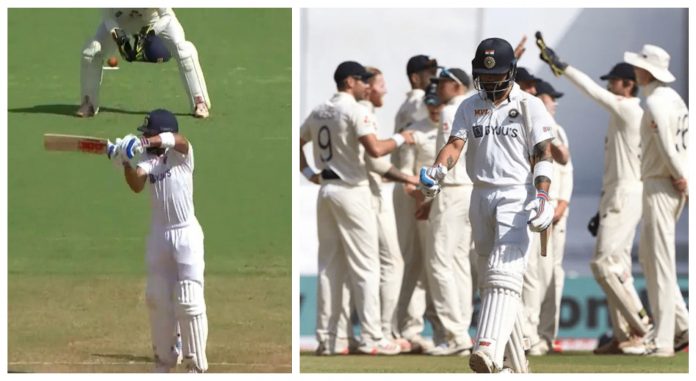 With not a huge lead in their bank, England made a probing start to the second day of the final test. After dismissing Cheteshwar Pujara early into day 2, Stokes delivered another breakthrough in the form of Virat Kohli’s wicket. The Indian skipper was dismissed without scoring which prolongs his agonizing lean patch.

Resuming the day from 24-1, India lost the wicket of Pujata in the 24th over of the day. Kohli walked out to the crease with India reeling slightly at 40-2. 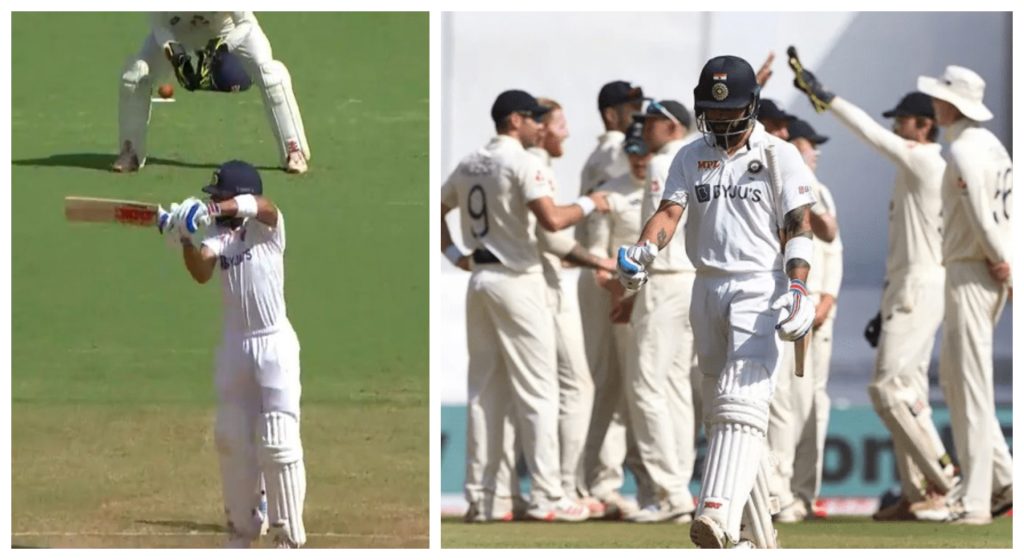 After playing out a maiden off Jack Leach, Kohli had to play Stokes’ over. The all-rounder managed to get the Indian skipper for the fifth time in his career. Stokes managed to get the ball to rise on a tight line, which prompted Kohli to have a poke at it.

The extra bounce got the better of the batsman, with Foakes pouncing the chance easily after the ball graced the edge off the bat. Have a look at the dismissal right below:

What a way to start my Weekend looks like the Emperor is breaking down 😂😂😂😂 don't mess with Ben Stokes Kohli 🤣🤣🤣#INDvENG pic.twitter.com/tW5ND4ZSfw

This marks only the second instance where Kohli has been dismissed for a duck, twice in a series. The only instance before this was during the infamous 2014 tour where Liam Plunkett and James Anderson got him for nought.

Earlier this series in Chennai, he was outdone by a classic off-spinners dismissal at the hands of Moeen Ali.

Moreover, this is also his 8th duck as the captain of India, equalling the record which MS Dhoni also shares.