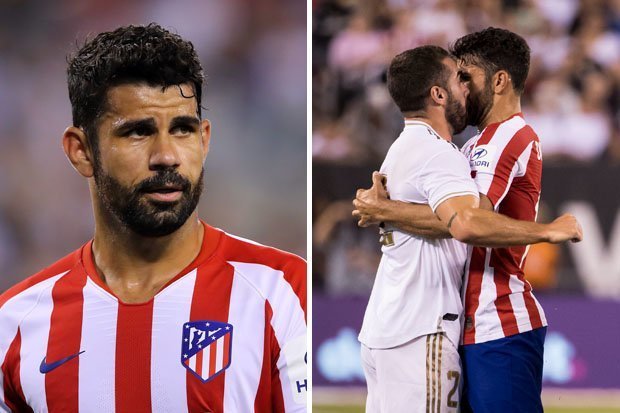 It is just preseason but the intensity of the friendly games of some top European clubs are bringing the heat into town like it’s a Champions League knockout game. In the International Champions Cup , the two Madrid rivals faced off but it so happened that Atletico Madrid triumphed Real Madrid by a thumping scoreline of 3-7!

Watch the highlights to relive the massive derby win :

“Having seen Madrid, we looked for where we could harm them,” said Atletico coach Diego Simeone. “We have had a great time here.”

Real captain Sergio Ramos said: “We’re obviously not feeling great right now. This has only just begun, they’re preparation games to get us up to the top level. There are many ways in which to lose, but we can’t be doing it like we did today.”

Real coach Zinedine Zidane added: “We don’t need to dwell on it, this is a pre-season game. They [Atletico] were better in every respect and that’s all there is to it.

“I’m convinced we’re going to have a good season. We can’t be pleased with today’s defeat, that much is clear. But I’m convinced I’ve got a team here that is going to compete at the top level.”