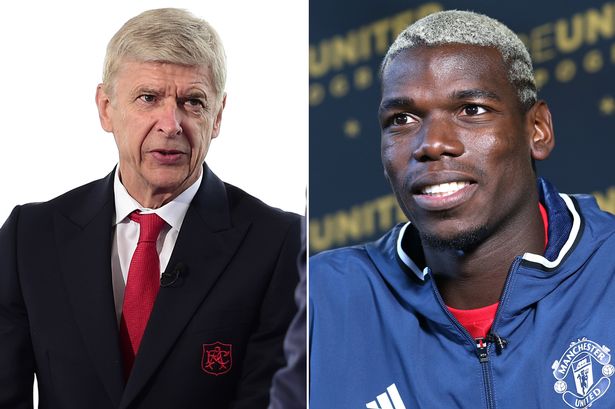 Former Arsenal manager Arsene Wenger, reckons that Paul Pogba is lacking both the fitness and mindset necessary to be successful at Manchester United. The French midfielder has had a difficult time since re-joining United from Juventus in 2016. He missed last Thursday’s 0-0 draw in the Europa League to AZ Alkmaar and Sunday’s 1-0 loss to Newcastle in the Premier League due to an ankle injury. And Wenger, suggests that until Pogba is fully fit he will never be able to recapture his best form.

“First of all, I think Paul Pogba since the start of the season has never been completely fit injury wise,” Wenger told beIN Sports.

“He doesn’t look completely confident physically and he’s the type of player who has a huge physical power. He needs to be perfectly fit physically.”

At the end of last season, the 26-year-old Pogba admitted his interest in a “new challenge”, and Wenger emphasized on that, saying,

“When a player wants to leave and you stop him from leaving, you know you go through a process of rebuilding the relationship that the first thing that suffers is the performances.”

“I personally think he behaves as well like he knows that Man United at the moment is not the team to compete for the championship. And, plus the fact that he was stopped from going away, it looks like the two together a bit tarnish his performances” he said.

"I think he behaves like he knows at the moment Manchester United is not the team to compete for the championship plus the fact he was stopped from going away, the two together have tarnished his performances"

Arsene Wenger has his say on Pogba's start to the season#beINWenger pic.twitter.com/jaAwpdGqc2

Manchester United have won just two out of their eight Premier League games and currently sit in 12th place, just two points off the relegation zone. Meanwhile, United fans are hoping for Pogba’s early return from injury as they face fierce rivals Liverpool after the international break, in Old Trafford on 20 October.