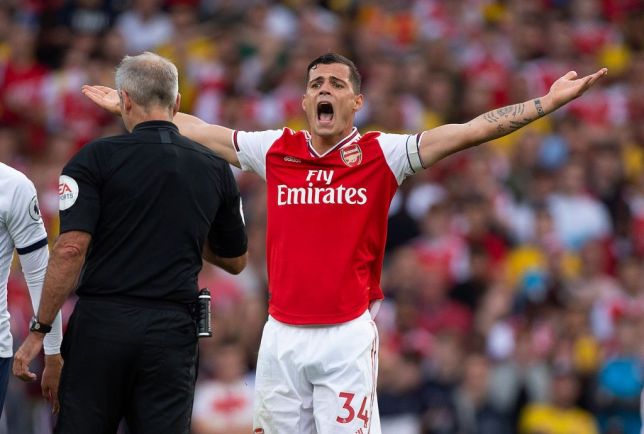 Arsenal have lacked serious leadership in the dressing for a long while now. Even when Laurent Koscielny was there, the leadership lacked many crucial aspects on and off the pitch. A recent interview with club captain Granit Xhaka is testimony that not much has improved at Emirates over the years.

Xhaka in the following interview implies that eventhough he gave away a penalty, it was because of the forwards who failed to take the chances because of which Arsenal were unable to get the win.

It is not only unprecedented but also peculiar of a captain shifting the blame to other players in the squad. Much more peculiar when a blatant penalty was given away by the captain himself.

Xhaka indirectly blaming our strikers for costing us the NLD. This guy is our captain btw