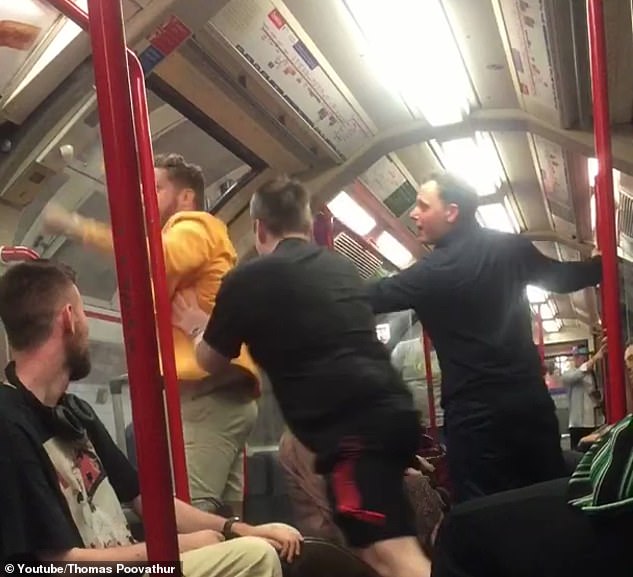 Commuting is one of the most frustrating aspects of being an adult. After a hard day at work , you have to bear with some clowns in public transport. But recently in London, the general commuter’s dream came true as one commuter pushed a Chelsea fan off a train because the fan couldn’t stop chanting Chelsea noises in the train.

All the while, the orange shirt-wearing fan waves his arms and encourages others to join in but his chants fall to deaf ( read : irritated) ears.

Finally when the door was about to close on the St.Paul station, the main character commuter pushes the fan of the train.

The fan’s girlfriedd turning to the now sheepish shover – who appears to hold his hands up in apology – she adds: “What are you doing, you idiot? Yeah, well funny…”