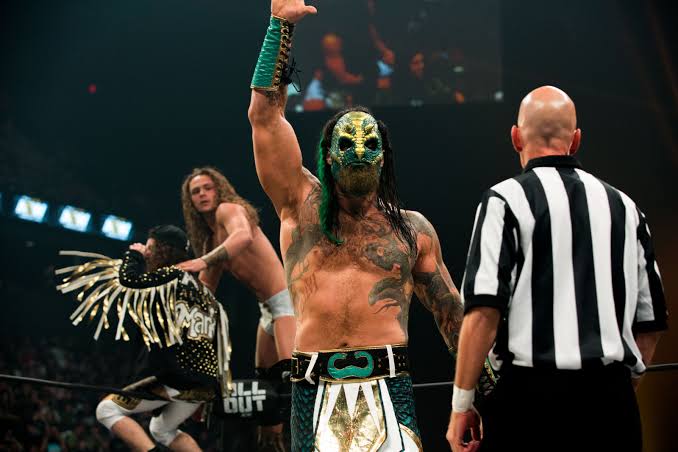 From time immemorial, parody has been an inherent part of pro wrestling, to an extent where pro-wrestling itself can be considered a crude, extended parody of modern pop-culture. Although horrible and utterly disrespectful in most occurrences, parodies can be terrific when made in a respectful and subtle manner. 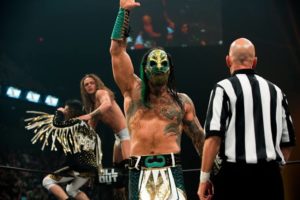 AEW just created one of the best wrestling parodies in recent memory when they released a vignette featuring the Jurassic Express. The catch is that the vignette itself is a wonderful parody of BBC’s Planet Earth. Wonderfully shot and executed, the vignette begins with a view of the ‘Jurassic World’ before they introduce Jungle Boy, with hilarious narration. Luchasaurus is introduced eating leaves, “having the teeth of a carnivore but being a herbivore”. In anticipation of a fight, Luchasaurus raises Jungle Boy on his shoulders and walks, until he finds Marko Stunt, dancing and being ” naughty” all over. The end sequence shows the three walking together, with the narrator confirming that they are back together, following Luchasaurus’ return from injury.

This is hilarious, yet beautifully executed way of encouraging the fans to like a team. Let’s have a look at the video and enjoy the ‘Jurassic World’ :