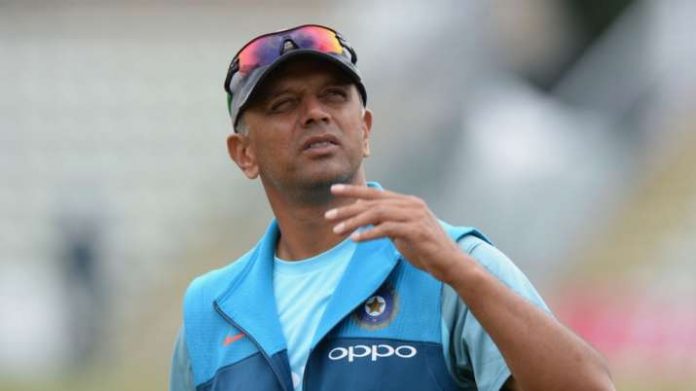 The entire world waits in anticipation as Rahul Dravid, one of the most prominent figures and personalities in world cricket, ventures into the arena of coaching at the highest level. Despite his credentials and his accomplishments with the levels below the national team, Wasim Jaffer does not want Dravid as Team India’s permanent head coach for the sake of the Indian team’s bench strength.

Due to the rare circumstance of two sides of the same nation playing a series almost simultaneously, Dravid has been given the coaching duties for the team touring Sri Lanka for a limited-overs series.

Since his retirement, Dravid has played a monumental role in establishing the backbone of the Indian team through his responsibilities with the Indian U-19 team, India A team, and even the National Cricket Academy.

While many are touting Dravid to take the baton from long-time coach Ravi Shastri and lead India’s new generation, former India cricketer Wasim Jaffer is skeptical of the idea.

Jaffer feels that rather than working with the tailor-made players at the International level, Dravid should be assigned to work with the youngsters and the players who are aiming to play at the highest level, a task that he has managed to achieve with brilliance.

“He is going as a coach of this Indian team to Sri Lanka. I’m sure those youngsters will benefit a lot. I personally feel that he shouldn’t push to become the coach of the national team. And, I feel that he needs to work with these India U19 players and India A players at the NCA. I think the international players who play in the Indian team are a finished product,”  the former India opener said on his YouTube channel.

Team India have been renowned for their bench strength as of late, a trait that has given them the ability to field a solid second-string team.

For that, most of the credit has rightly gone to Dravid, who has worked closely with these players.

“I think he needs to stay at the NCA for a longer period of time for our bench strength so that it keeps growing stronger,” Jaffer added.