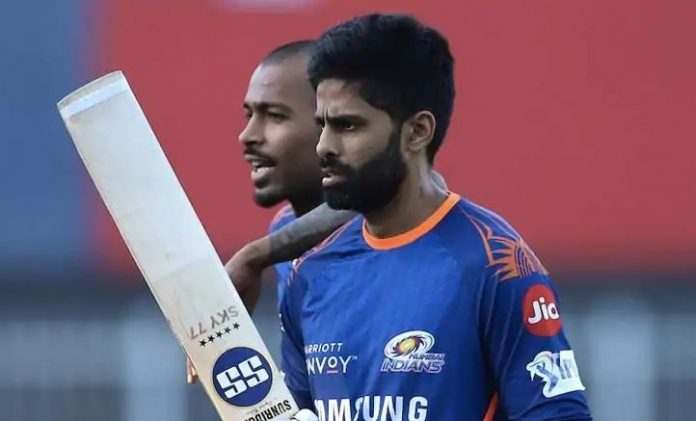 Suryakumar Yadav has been the talk of the nation for the last few days ever since he was omitted from the squads for India’s tour of Australia. The Mumbai Indians (MI) batsman has been a consistent performer in the Indian Premier League (IPL) and domestic cricket in the last few seasons but is yet to break into the Indian squad.

There are many ways one could respond to neglect but Suryakumar did it in the best possible manner, letting his bat do the talking. On Wednesday, he smashed unbeaten 75, taking Mumbai Indians past the line in a tricky chase against Royal Challengers Bangalore.
That he chose the perfect stage to prove his credentials in Abu Dhabi after being ignored by the national selectors speaks volumes about his temperament and skill.

With a sublime knock, the classy middle-order batsman has further raised questions for those selectors who time and again have ignored him for the India colours. The Board of Control for Cricket in India (BCCI) on Monday announced the Test, ODI, and T20I squads for the upcoming tour of Australia later this year and the 30-year-old’s name was not included which came as a big surprise or rather shock for many fans and players.

Suryakumar walked in the middle when the defending champions were 37 for 1 in the final over of the powerplay. He remained unbeaten till the end and ensured that MI cross the finishing line unscathed. While wickets were falling at the other end at a regular interval, the No 3 batsman remained firm from his end to showcase his finishing abilities.

The Mumbai star batsman has been in stunning and sublime form for quite some time now and was being widely backed by experts and commentators alike to earn his maiden India call-up at least for the T20Is for the upcoming series in Australia. But his consistent performances in domestic cricket and IPL is yet to be rewarded by the national selectors. Suryakumar averages 44 in first class with over 5000 runs and averages more than 30 both in List A and T20.

He has scored 283 runs in 11 matches in IPL 2020 averaging 31.44 and has scored 1831 runs in 96 matches so far. And the additional facet to his game is that he does all that by playing proper cricket shots. There are a few funky innovations in between or one or two loose drives, throwing his wicket away, but compared to his contemporaries, Suryakumar is way more effective and consistent in the middle overs.

He has bossed the middle overs this IPL, striking at 144.73. Among batsmen who have faced at least 120 balls in this phase this season, only Sanju Samson, Nicholas Pooran, and Shikhar Dhawan have better strike rates than Suryakumar. Kohli and Iyer have struck at only 107.08 and 125.12 respectively. As for Manish Pandey, another middle-order candidate on the flight to Australia. He has made 183 runs at a strike rate lesser than that of both Kohli and Iyer – 107.01.

India’s middle-order is stacked with the likes of Shreyas Iyer, Manish Pandey and KL Rahul. Dropping any one of the above three players after their performances in New Zealand series would be unjust to these players. Another point people are making against BCCI is they could have at least taken SuryaKumar Yadav as part of the entire Indian team’s contingent.

After all, experience has no substitute. Given that Suryakumar Yadav boasts a decade-long experience in first-class cricket, he’s been there done that. He has made the most of the larger spectrum of IPL over the years with consistent performances over the past three seasons.

Sure, India’s T20I middle order is packed, but Suryakumar brings with him the versatility that the team could well do with. He can build an innings, he can go after the bowlers from the get-go. There have been many who had to wait long before donning the blue of Team India. For many, that chance came and passed by before they could even ponder upon it. With his rock-solid temperament and the talent that he possesses, the door will be open for Suryakumar Yadav rather sooner than later!

The rise of Hardik Pandya the batsman