Before you enter the world of Online Casinos, Check out the top 10 Live casinos recommended by India Casino Info
Home Cricket The Wall Rahul Dravid inducted into the ICC Hall of Fame 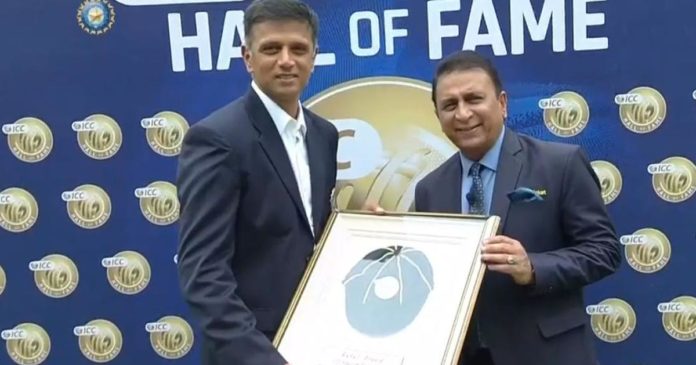 Former Indian captain and batting great Rahul Dravid was officially inducted into the International Cricket Council (ICC) Hall of Fame at a brief function, ahead of the fifth and final One-Day International (ODI) of the series between India and West Indies at Thiruvananthapuram. Dravid was felicitated with a plaque depicting a commemorative cap by another Indian cricket legend Sunil Gavaskar.

The BCCI tweeted a video of the small ceremony.

Rahul Dravid becomes the 5th Indian to be inducted in the @ICC Hall of Fame. Congratulations to the legend on joining a list of all-time greats across generations. pic.twitter.com/RAyQ8KrtWR

“It is a matter of great honour to be named by the ICC in the Cricket Hall of Fame. To find your name in a list of all-time greats across generations is something one only dreams of while setting out on a cricket career and the kind of recognition that would delight any player,” Dravid was quoted as saying in an ICC media release after the induction.

“The ICC Cricket Hall of Fame is our way of honouring the greats of our game. Only the very best players in the world are recognized for their contribution to cricket in this way and I would like to congratulate Rahul, Ricky and Claire who are wonderful additions to the list of cricketing luminaries in the Hall of Fame,” ICC Chief Executive David Richardson had said.

Rahul Dravid is currently the coach of India U-19 and India-A teams. Having managed to win a World Cup with the former, who were led by current batting sensation Prithvi Shaw. The 45 year-old became only the fifth player from India to be named in the ICC Cricket Hall of Fame, joining an elite list that includes Bishan Singh Bedi, Kapil Dev, Sunil Gavaskar and Anil Kumble.