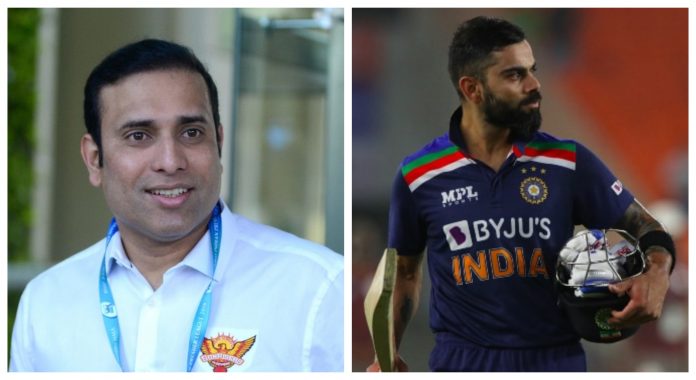 Former India cricketer VVS Laxman says that Virat Kohli should lead India across all formats. His comments came after the debate about split captaincy going around for India after India won the Test series in Australia under Ajinkya Rahane’s captaincy. Although the voices have died down after India won the Test series against England at home under Kohli, there are a few who thinks India should try out different captains for different formats.

VVS Laxman said that Virat Kohli is one of those players who perform across the format, and for India, split captaincy is not needed.

“I have always felt that as long as your captain is not burdened by captaincy and he is someone who enjoys the responsibility without compromising his performances, in this case, Virat the batsman, it should be the same captain for all the formats if he is regular in all the three formats,” Laxman said to News 18.

“In England, the split captaincy works because Joe Root is not a regular in white-ball cricket, or Eoin Morgan is not a Test player. If a captain is all three formats players and on top of that, a performer, it should be one captain,” he further added.

The veteran also added that this discussion does not work for the Indian team as Kohli’s positivity, work ethic and even his fitness has inspired an entire generation as well as set a bar too and taken t a higher level. However, he also claimed that he has got the service of senior pros like Ajinkya Rahane, Cheteshwar Pujara, Rohit Sharma, R Ashwin, Ishant Sharma and a few to form the main group which helped him and the team immensely to do well in every format.

Currently, they are playing a five-match Twenty20 International series in Ahmedabad against England where both teams stand at 1-1 with three games remaining. After that, they will play a three-match ODI series in Pune before the 14th edition of the Indian Premier League kickstart next month in six venues.