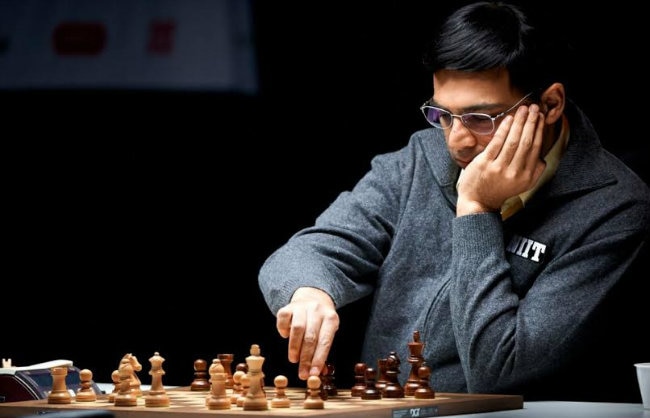 “I think he lost control. He got a bit emotional and he just said the first thing that came to his mind,” Anand told PTI.

“That’s the attitude he is comfortable with. In sport, you see all characters and this is the character that fits him best. I try to be myself and in the end you should be comfortable in your own skin,” he added.

Kohli, who launched the ‘Virat Kohli Official App’ on his 30th birthday last week, faced the backlash after his reaction to a fan, who confessed his preference for English and Australian cricketers over Kohli’s blue brigade. Reacting to fans’ comments in a video posted on his new app, Kohli had said, “I don’t mind you not liking me but I don’t think you should live in our country and like other things. Get your priorities right.”


Anand further opined, “Maybe Kohli was caught at a weak moment, feeling a bit sensitive and was not in the best mood maybe. That’s my impression. Then he lost control of it.”

Asked if he stood by Kohli at a time the BCCI is reportedly also not happy with the statement but is undecided whether to haul up the icon, Anand said: “People are emotional and they lose control once in a while. It has happened to me even if I was more successful in not showing it. But there are moments when your emotions take over. He has got enough criticism already. It’s over. Those who did not like it, already criticised him so no need to keep piling on it,” he said.

Kohli took to Twitter later to clarify his point and explained why he had made the “leave India” comment.

“I guess trolling isn’t for me guys, I’ll stick to getting trolled! I spoke about how “these Indians” was mentioned in the comment and that’s all. I’m all for freedom of choice. Keep it light guys and enjoy the festive season. Love and peace to all,” Kohli had tweeted.