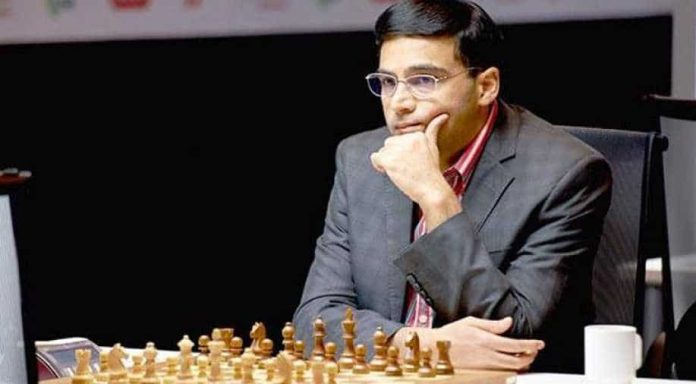 Viswanathan Anand made a queen-move when his rival Shakhriyar Mamedyarov was not around. He noted down the move and at once realised the decisive error he had committed. He foresaw a two-move checkmate that Mamedyarov could deliver.

The moment Mamedyarov returned to the board, Anand surprised him by resigning. It took Mamedyarov some time to realise what had happened. Such was the dramatic end to Anand’s eighth-round clash in the Norway Chess at Stavanger on Thursday. The loss saw Anand (13 points) slip a rung to the third spot, behind leader Magnus Carlsen (15) and Mamedyaro (14.5).

“When I come to the board I see there’s something going wrong. The faces of the chess players, of other chess players, I think everyone saw this (move) Qxf3, only not me!… Here I asked (Anand) why he resigned, because it’s strange, and he asked me, “you don’t see this one?”

In the final round, Anand needs a victory over Aryan Tari to keep alive the chances of forcing a tie-breaker for the title.

Earlier Viswanathan Anand had defeated Teimour Radjabov of Azerbaijan in the Armageddon in the seventh round of the Norway Chess tournament to maintain his second-place finish behind world champion Magnus Carlsen.

After the seventh round, the 52-year-old Indian grandmaster is half a point behind Carlsen, who was stunned by Norwegian colleague Aryan Tari in the sudden death tie-break. After a Guicco Pianissimo game, Anand and Radjabov drew their Classical match in 42 moves. The former world champion needed only 25 moves to beat the Azerbaijan player in the subsequent sudden death tie-break (Armageddon) to secure a win early on Wednesday.

The Magnificent Rise of R Praggnanandhaa