The star Liverpool defender Virgil Van Dijk has predicted his rating in the latest edition of FIFA. FIFA is certainly one of the most popular games in the gaming World. Every year, there are new editions of this game which makes it really crazy for the gamers. 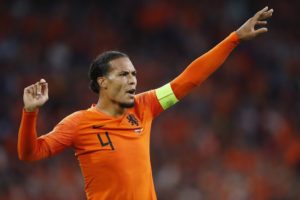 Virgil Van Dijk’s initial rating in FIFA 19 was 85. In the meantime, his rating increased to 88 after consistent good performance through out the whole season. The star Dutch centre back thinks that his rating should be minimum 88 in this edition of FIFA. Van Dijk also thinks that his speed should also be in increased in FIFA 20.

However, he mentioned that it would be easier to defend with high paced defender. So, it might not increase in this season. Virgil Van Dijk was named as the PFA player of the year in 2018-19 season. On the other hand, he was also adjudged the Man of the match in the UEFA Champions League final.