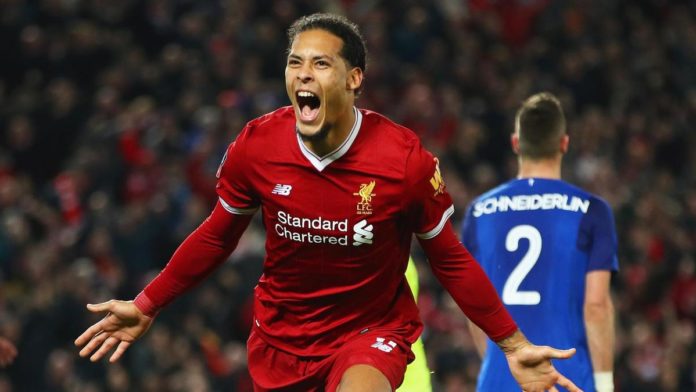 Netherlands and Liverpool defender Virgil Van Dijk is currently in the form of his life, with him being compared to the world’s best defenders. His impact was immediately felt on a defensively weak Liverpool side in the 2017-18 season, who then managed to reach the finals of the Champions League under his influence. 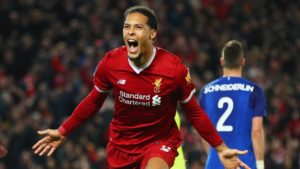 Virgil has now had an amazing beginning to the new season, letting in just 6 goals for his side while they rival Manchester City for the all elusive Premier League title. But not many know that the Dutchman once had his days numbered and even wrote a will.

It’s not something that had previously common knowledge but Liverpool defender Virgil van Dijk could have died back in 2012, as revealed by one of his former coaches. Van Dijk was just 20 at the time and playing for FC Groningen but his career, and more worryingly, life, was nearly over after a minor illness turned very serious.

He took ill after an Eredivisie game against Excelsior but officials thought it was just common sickness until later it emerged he had appendicitis, peritonitis and a kidney infection.

“Virgil was ill, but we didn’t know the extent. At first we thought he had the flu. He was at home for a few days and in lots of pain. He went to the local hospital but they couldn’t find anything, so sent him back home again. The pain got worse and when his mum travelled to see him, she realised how bad the situation was. She took him to another hospital, which turned out to be crucial. I was shocked. When he returned to the club, he had changed from a big man into a shrivelled person. Luckily he managed to recover quite quickly,” Groningen reserve coach Dick Lukkien told FourFourTwo in an interview.

With van Dijk’s condition so severe, he was forced to have surgery that would save his life and was sidelined for the final two months of the season so he could make a recovery.

The situation became so serious that he even wrote a will so that his mother could survive financially if the worst were to happen.

“I still remember lying in that bed. The only thing I could see were tubes dangling out of me. My body was broken and I couldn’t do anything. At such a moment, the worst scenarios were whizzing around your head. My life was at risk. My mum and I prayed to God and discussed possible scenarios. At some point I had to sign some papers. It was a kind of testament. If I died, a part of my money would go to my mum. Of course, nobody wanted to talk about it, but we had to do that. It could have been over,” Van Dik was quoted back in 2012.

Fortunately, Van Dijk came through the tough times and is now one of the best players currently to be playing the game. He’ll look to claim a silverware to round off a wonderful start he’s given for his club this season.