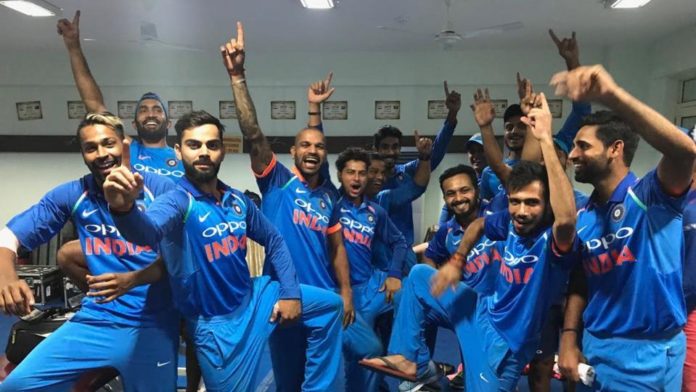 Former Indian skipper Dilip Vengsarkar, made a big statement when he said that the Indian team under Virat Kohli has a ‘fantastic chance’ to lift that World Cup trophy, on Monday.

“India has got a fantastic chance to win the World Cup. At-least last four they will go definitely. But the final, I can’t predict, to be honest. But we have got extreme potential and all the players are (in) good form,” Vengsarkar told reporters here on Monday.

The Indian team begins their World Cup campaign against South Africa in Southampton on the 5th of June.

This statement came in an event where the Mumbai Cricket Association announced the second season of the T20 Mumbai League, which will kick-off on the 14th of May. Dilip Vengsarkar and Sunil Gavaskar are the mentors in the league, whereas Sachin Tendulkar is the ambassador for the league. This tournament closely follows the IPL, and many known names are set to feature in this league.

“T20 Mumbai League is soon going to be a league that most of the players from across the nation will want to participate in. For so many years, the (way) Ranji Trophy team has played if given a choice a number of players would have wanted to be part of Mumbai Ranji Trophy because the brand of cricket was different and everyone wanted to be part of it,” said Tendulkar. Sachin also felt that there is still enough talent to carry Mumbai forward in the coming years.

Gavaskar also praised this league and said that this league has helped players like Shivam Dube and Suryakumar get big contracts at the IPL, and hence urged the authorities to schedule the league before the IPL auction.

Read which Indian cricketer just donated Rs 52 Lahks for the...

Cricket: MS Dhoni stooping to conquer; may play for Jharkhand in...

Cricket: Team gets all-out for four runs, All the batters dismissed...