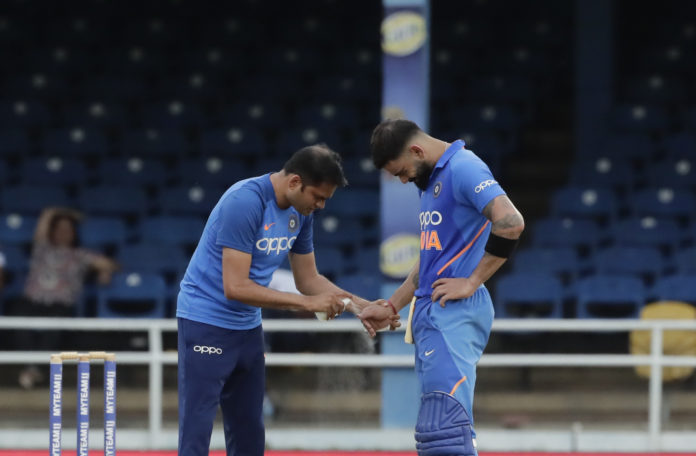 Virat Kohli suffered an injury after a Kemar Roach bouncer gave him a nasty blow to his right thumb, during the final ODI between India and the West Indies at Port of Spain on Thursday. Although the Indian captain notched a superb 114 helping India to sweep the ODI series 2-0, concerns were over his injury. However, Kohli has provided an update on his injury status. 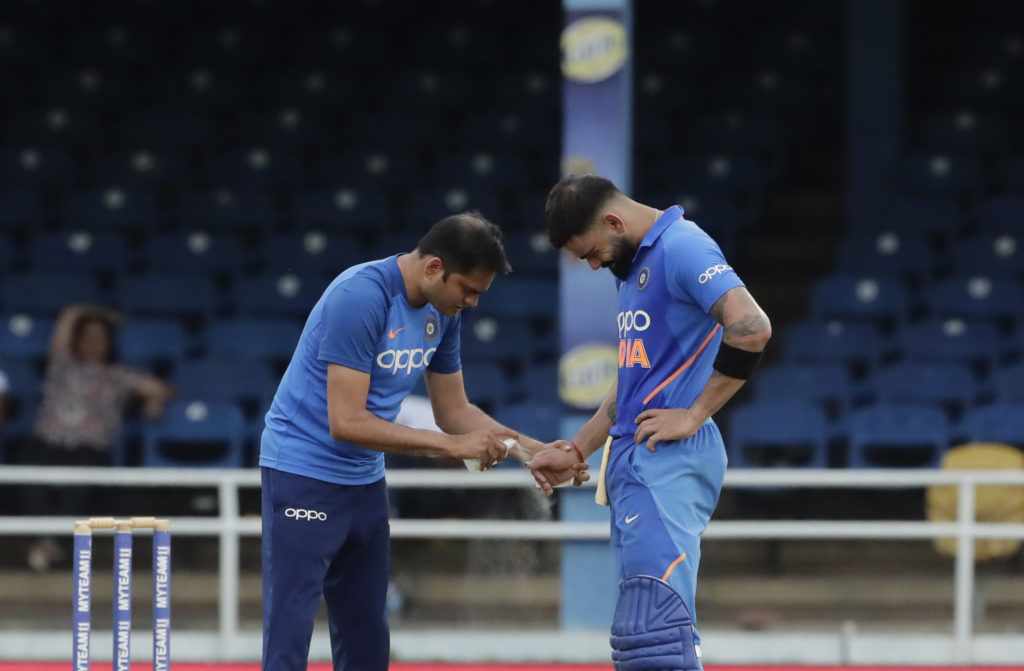 In the post-match conference, Kohli was asked about the condition of his right thumb, and the skipper replied: “I don’t think it’s a fracture otherwise I wouldn’t have continued (batting). It’s just a split of the nail. Luckily, it’s not broken. When I got hit, I thought it was worse than what it turned out to be. But it’s not broken so I should be good for the first Test.”

During India’s run-chase a brutal bouncer by Windies pacer Roach hit Kohli’s right thumb. The medical staffs and the physio rushed to check on Kohli but he insisted on continuing his innings which led India to an emphatic six-wicket win. India will now start their journey in the ongoing ICC Test Championship from August 22 at the Sir Vivian Richards Stadium in Antigua. After completing the Caribbean tour, the Men in Blue will be hosting South Africa for three Tests followed by T20Is which starts from September 15.