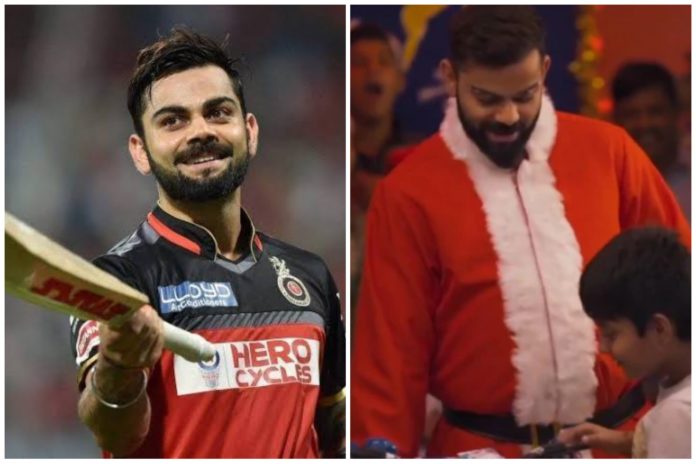 India is a nation where cricket is nothing short of being a religion. While all national team members get ample attention, players like Sunil Gavaskar, Kapil Dev, Sourav Ganguly, Sachin Tendulkar and MS Dhoni have nearly been deified by the Indian population. They hold enormous influence among the population, and thus they try to induce the spirit of goodness and brotherhood among people. Virat Kohli, the current captain of the Indian national cricket team, is the latest cricketer to become a major influencer in the nation. It is only exact that a major figure like Kohli will try to spread goodness and bring a smile onto his fans’ faces. ‘Secret Santa’ Virat did exactly that. 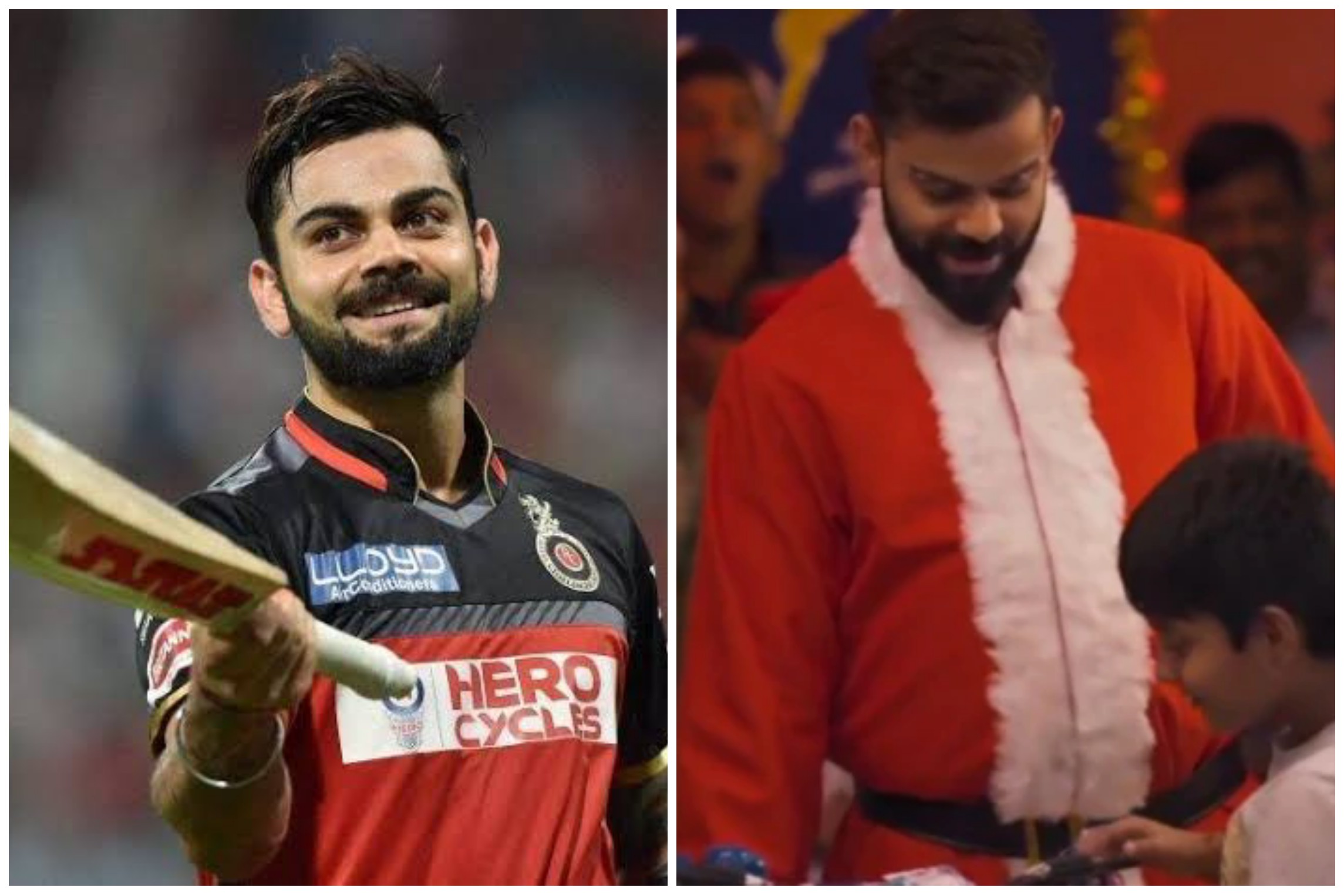 Just a few days are left till the bells jingle and India joins the world in the spirit of celebration at Christmas. But it seems like Santa came a few days early at a shelter home in Kolkata, and the kids there sure aren’t complaining. In a video released by Star Sports, Virat is shown to become Santa for kids at a shelter home in Kolkata. Kohli interacted with the kids and asked them whether they wanted to meet the India Captain. When the kids answered in the affirmative, Kohli removed his disguise by taking off his fake white beard and the Christmas cap. The children were left surprised, and after the shock of the initial awe, very, very happy.

Kohli was very happy with the time spent with the children. “These moments are very special for me. All these kids cheer for us throughout the year. And I had a great time to bringing joy to all these kids. Merry Christmas and a happy new year, ” Kohli declared in the video.

Team India’s current One Day International series against The Windies are moving forward to the third, final, deciding match at Cuttack. In the first match of the series, India’s respectable total was chased down by the brilliant Shai Hope and Shimron Hetmyer. In the second, Rohit Sharma and KL Rahul set up an innings which Rishabh Pant enlarged in the final overs. West Indies had no possibility to chase down the mammoth target. The match at Cuttack will decide the winner of the unexpectedly competitive series between India and West Indies.

Now it is to see how Secret Santa Virat Kohli plays in the deciding match. He got out in the very first ball in the second One Day International, giving a casual practice catch to the opponent fielder. Him performing well will definitely bring smiles onto the children’s face and he will surely try to achieve a good score.