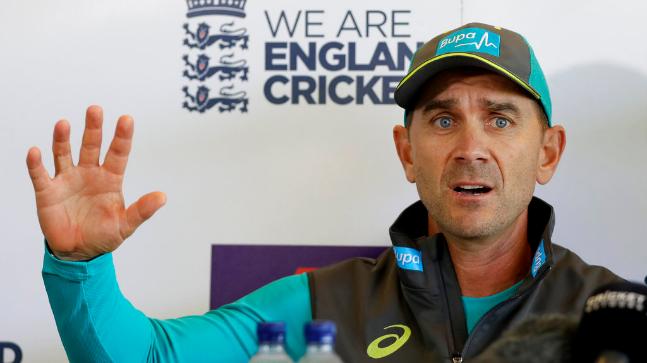 Australian coach Justin Langer addressed the onfield verbal duel between rival captains Virat Kohli and Tim Paine and said he had no complaints about the on-field face off and that the banter was completely humorous. He also admitted that it is a part and parcel of the game and when two gigantic sides are clashing against each other, some on-field confrontations are healthy for the match.

“I thought it was brilliant. As the two captains, they are trying to stamp the authority on the game and I don’t think there was any abuse or any real aggression to it,” the Aussie coach told.

The former left-hander, when asked about the point at which Paine and Kohli would get physical said that physical contact would be the silliest thing to happen in today’s era. Langer maintained that it was all part of the theatrics and that crossing the line by physically getting in contact wouldn’t happen in this environment.

“I think the days of Dennis Lillee and Javed Miandad are gone. I think Andrew Symonds did it to a spectator once and it was one of the best shirt fonts you’ve ever seen in your life, but I can’t ever imagine that in our environment we’re