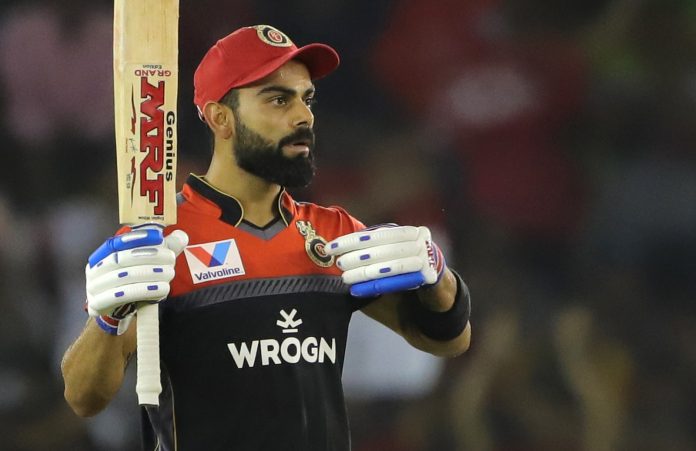 14, 1 and 3! These are the scores of RCB skipper Virat Kohli’s opening three matches of IPL 2020. It is safe to say that by his lofty standards, the mercurial batsman has found it difficult to get going. Kohli has looked woefully out of form in the IPL so far and has managed to play out just 25 balls collectively in three matches.

In three innings of IPL 2020, the Royal Challengers Bangalore skipper has scored 14, 1 and 3 runs against Sunrisers Hyderabad, Kings XI Punjab and Mumbai Indians respectively. On Monday, batting at three, he was founding it difficult to connect the ball once again on Monday at the Dubai International Stadium. He, however, tried to increase the run rate and attempted to hit Rahul Chahar but only found Rohit Sharma at extra cover.

Astonishingly, these are his worst numbers after first three IPL games of a season ever since the tournament started in 2008, which highlights his rustiness with the bat after being away from cricket since March.

Prior to the start of IPL 2020, the Indian skipper had stressed how important it will be to get off to a good start considering he had spent the last five-six months in lockdown. The last Kohli played before the IPL was the Test series in New Zealand, where again, he did not have the best of outings, and yet, as far as the IPL is concerned, the start hasn’t been promising either.

In the first match against Sunrisers, the prolific batsman was stifled by the leg-spin of Rashid Khan. He finally scored a boundary but was out caught in the deep off the bowling of left-arm seamer T Natarajan. In the second match against KXIP, Kohli had a tough time both in the field and with the bat. In the first innings, Kohli dropped KL Rahul twice in two overs, allowing the KXIP captain to score a century. Chasing a daunting 207 to win, Kohli lasted just five balls, scoring 1 before getting out to West Indies quick Sheldon Cottrell.

Even on Monday, Kohli seemed to struggle against the spinners of Mumbai Indians. As soon as he came to the crease, Rohit Sharma brought on Jasprit Bumrah-who pinned the Indian skipper on backfoot, which paid rich dividends in the next over, as Kohli ended up chipping a looping ball to extra-cover.

Meanwhile, the Delhi batsman joined an elite IPL list as soon as he walked out for the toss ahead of the clash against Mumbai Indians. Virat, who was appointed RCB’s full-time captain in 2013, is now the only third Indian to play 150 T20s as captain. This also includes the matches he has played for Team India.

Former India skipper MS Dhoni, who has played 273 T20 matches as captain tops the list. Dhoni who continues to lead Chennai Super Kings is likely to finish IPL 2020 with at least 284 caps as captain if he plays all the matches.

RCB have struggled under Kohli and have only won 50 matches. They have recorded 56 defeats in IPL. Under Kohli, RCB’s best season came in 2016 when they qualified for the final.

The Bangalore-based franchise is yet to participate in a Playoff game since then and finished at the last spot on the points table in IPL 2019, losing the first six matches on the trot. Kohli has a winning percentage of 51.74 in IPL.

Thrilling game of cricket. Proud of the character shown by the team. 💪💪 @RCBTweets #PlayBold pic.twitter.com/k8Jqb8Bg1S

It is often said that your batting form reflects in your captaincy. As Kohli struggles to get going with his willow, he has shown a tendency for letting the game get away on a few occasions.

After winning by 10 runs in their opening match against Sunrisers Hyderabad, Kohli’s side suffered a humongous 97-run defeat to KXIP. They will next take on Rohit Sharma-led Mumbai Indians at Dubai International Cricket Stadium on Monday. RCB’s blushes were spared as they held on to a super-over win against the Mumbai Indians on Monday.

Although the win propels Royal Challengers to a third place in a tight-looking IPL table, the management will be closely monitoring the way Kohli manoeuvres his troupes.

The RCB skipper is now averaging 6 after three games of the IPL and his millions of fans will hope that the champion batsman and the highest run-getter in the history of the competition finally regains his touch.