Royal Challengers Bangalore and Virat Kohli fans are worried about the team’s state in the upcoming Indian Premier League 2020. To assure the fans, Royal Challengers Bangalore Captain, Virat Kohli has sent an assuring message to their way through the RCB’s official Twitter handle. The IPL auction is to be held this Thursday in Kolkata, which has RCB fans worried sick. They have reasons to worry, as the team has not been able to deliver for the last 3 years. They had a good going till 2016 when they grabbed the second place, but the last 3 years have been miserable for both the fans and the team. Two times in a row, the team has been placed last in IPL. 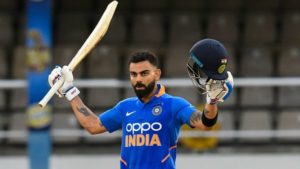 In the video, he is seen addressing RCB fans as BOLD Army, and assuring them that the management comprising of Mike Hesson and Simon Katich are doing their best to secure players for the team to cover all the bases to make a successful comeback this year. Virat remains the captain of the team, while other players are being shuffled around. The fans are encouraged to rally behind the team and pick the players of their choice on twitter. The team captain and the management had a chat regarding the formation of the team and they have come up with a strategy to strengthen the core team while adding other players they have 12 slots to fill.

“Hi Guys, a big hello to all the RCB fans the bold army, from whom I’ve received so much love and affection over the years and as you all know for the upcoming season the auctions coming up as well and I want all of you to rally behind the team, the management group, Mike and Simon are doing a tremendous job.

We’ve had a few discussions to build a team around, strong core that we already have and we assure you that we going to cover all the bases that are required and build a very strong team to have a really good season in 2020. So, thank you very much, and looking forward to the auction. Find out what’s going to happen on December 19,” Virat said.

West Indian Shai Hope just one good knock away from beating Kohli, Sharma and ending 2019 with this fantastic record!