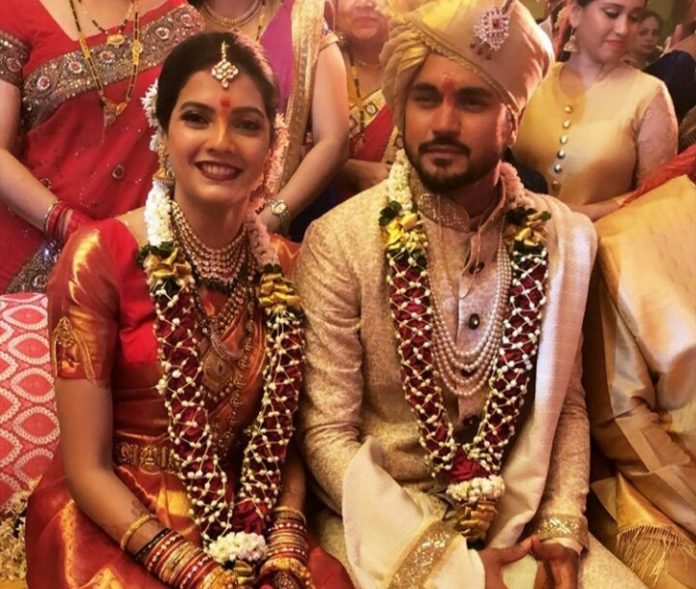 Manish Pandey and actress Ashrita Shetty tied the knot on Monday, and the Indian cricket family including ace Virat Kohli and Rohit Sharma, showered love on the couple. Twitter was filled with congratulatory messages for cricketer Manish Pandey post the wedding. Ashrita Shetty is a famous Tamil actress and is from Mumbai. They decided to get married in Mumbai. She starred in many blockbusters in South like Indrajit, Udhayam NH4 and Oru Kanniyum Moonu Kalavanigalum. 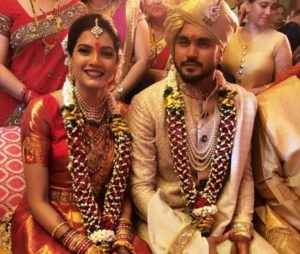 Post the wedding, Indian Captain, Virat Kohli tweeted, “Congratulations Pandey Ji. Wish you both a lifetime of beautiful moments and happiness. God bless you both.” 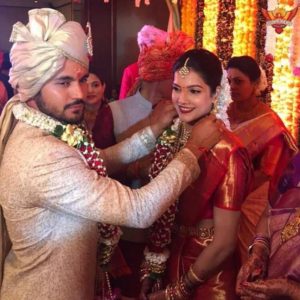 Congratulations Pandey ji. Wish you both a lifetime of beautiful moments and happiness. God bless you both 😇🙏@im_manishpandey

Rohit’s tweet earned him a few chuckles as he tweeted, “Wish you both all the happiness in the world. Trust me this will be your best innings.”

Wish you both all the happiness in the world. Trust me this will be your best innings 😉 @im_manishpandey pic.twitter.com/8T2kZNOEeM

The cricketer had quite a tight schedule before his marriage. The groom did not get any off days, as he was busy playing on Sunday night. After Syed Mushtaq Ali T20 tournament ended, he flew straight to Mumbai to get married. The match was a success as he led his team, Karnataka to victory over Tamil Nadu, who unfortunately lost the match by 1 run. Manish was also the captain when Karnataka won the  Vijay Hazare Trophy this year.