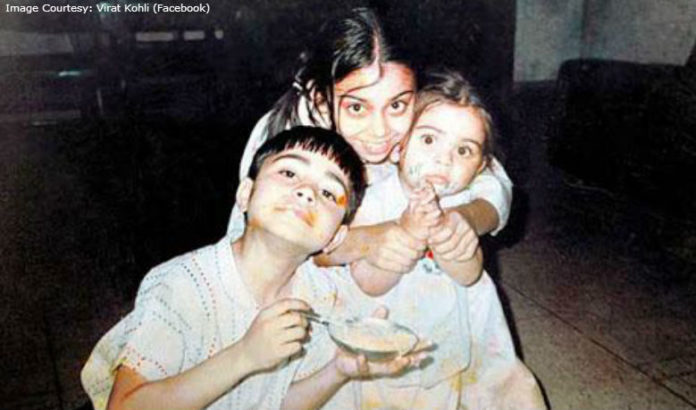 The life of a cricketer can be rough sometimes with a load of travelling involved in the sport. The time spent away includes missing special moments with the family and while the Indian contingent is away on tour in England on the occasion of Raksha Bandhan, Indian skipper Virat Kohli stepped into social media to reminisce the festival with a picture. 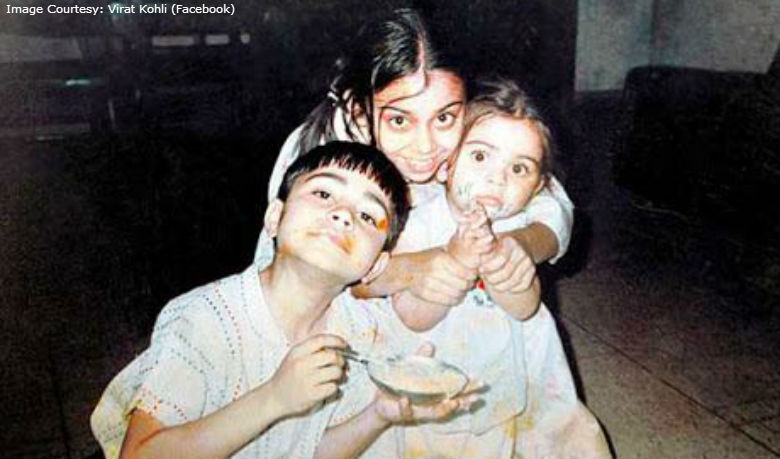 The 29-year-old posted a picture close to his heart involving his family where a young Virat is seen cutting a cake as his sister Bhwna Dhingra and mother  Saroj Kohli look on. The Indian captain dedicated the picture to all the sisters in the world as he prepares for the fourth test starting on August 30. Here’s the tweet Kohli posted.

Throwback to fond memories with @bhawnadhingra2 Didi 😊
Wishing a very Happy #Rakhi to all the sisters around the world. #Rakhshabandhan pic.twitter.com/ZaBwuqaDNu

The Men In Blue are set to take the field in Southampton for the all-important fourth test against the hosts England. While the team collectively contributed to a convincing victory at Trent Bridge, it has been Kohli who has stood out for the Indian side with a complete turnaround of his performance in the 2014 tour.

Having already scored 2 hundreds and narrowly missed out on one, the Indian skipper has been nothing short of magnificent and will look to continue his sublime touch in the crunch fixtures ahead to complete the turnaround after being 2-0 down at one stage.

While Virat Kohli the batsman has excelled, Kohli the captain has not exactly been pinpoint in the series so far. After facing flak for the inclusion of Kuldeep Yadav in the second test, the Royal Challengers Bangalore captain made amends with his selection in the third tests.

The headache continues for the skipper as Ravichandran Ashwin remains a major doubt for the fourth test with Ravindra Jadeja, Umesh Yadav and new call-ups Hanuma Vihari and Prithvi Shaw in the sidelines in contention for a place in the lineup.

With the pressure not seeming to wane anytime soon, Kohli will need the blessings of the sisters to keep achieving more than what he has so far in his illustrious career.