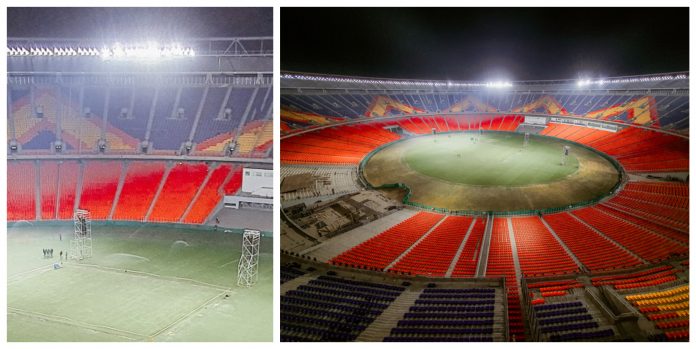 India will play their next leg of contests against England at the newly inaugurated Narendra Modi Stadium in Ahmedabad. The stadium can hold 1.32 lakh spectators and was built with a budget of 800 crores, but amid all of the world-class features of the venue, the absence of the traditional floodlights is an area that leaves skipper Virat Kohli in concern. 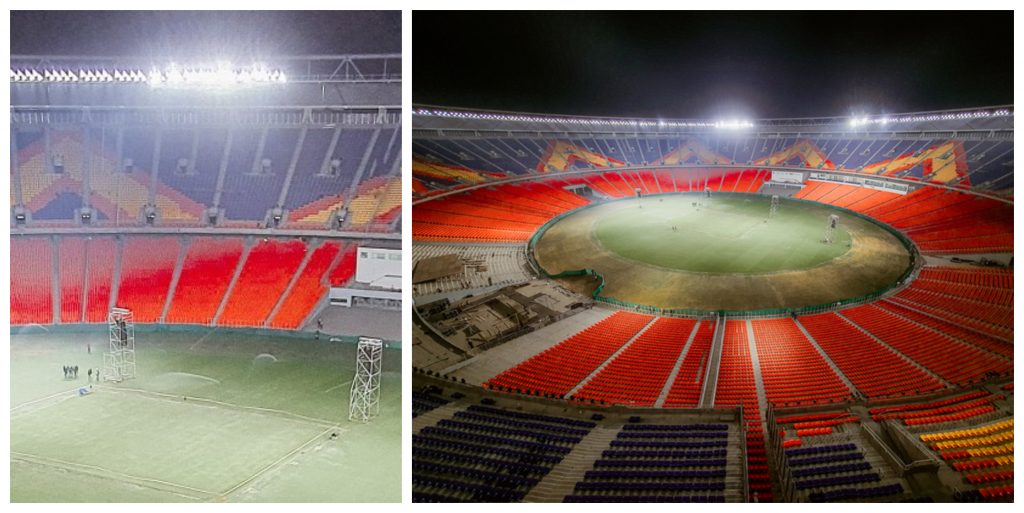 Speaking in the middle during the toss, which the opposition skipper won, Virat Kohli revealed that the fielders will be required to adapt quickly to the different change in the lighting.

As opposed to the sky high floodlights, the new venue has a ring of LED lights throughout the circumference of the roof illuminating the action on the ground. This system is quite similar to Dubai International Stadium’s infamous ‘Ring Of Fire’, which despite its beauty, went on to trouble the fielders over the course of IPL 2020.

Kohli reiterated the fact by claiming that the ball usually gets lost in the halo of light, which forces the fielder to make quick adjustments to avoid a midfield or a dropped catch.

“It is such an exciting atmosphere here at the largest cricket stadium. I’m a bit more worried about the lights than the colour of the seats,”

“When it gets lost with the lights at the back, it’s hard to spot the ball. We’ve played at a similar stadium at Dubai. It’s about angles, body positions. You need to adapt pretty quickly,” Kohli said at the toss

The match will be under lights for the second half of the day with the contest being a pink ball test.

India have so far outplayed England at the new venue by picking up four wickets in the very first session itself. There has been encouragement for spinners with the turn on display and that has accounted for Axar Patel and Ravichandran Ashwin set the tone so far while the pacers wait for twilight and the due to make their mark.