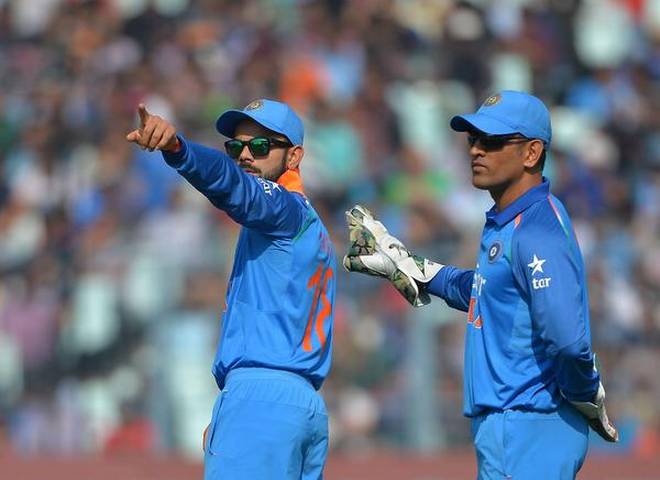 Indian skipper Virat Kohli commended the veteran wicket-keeper batsman in the press conference ahead of India’s first T20I against South Africa on Saturday saying, ‘he always thinks about Indian cricket and there is no replacement for experience.’ MS Dhoni who is on a sabbatical from cricket was heavily criticised for his performance in the World Cup for batting with a slow strike-rate.

“Experience is always going to matter whether you like it or not. Many players have proven in the past that age is just a number and even Dhoni has done that a lot in his career. One thing great about him is that he thinks for Indian cricket. When to stop playing cricket, is completely an individual decision. No one should give opinions regarding the matter,” Kohli said in the pre-match conference.

The 30-year-old earlier this week, posted a photo from the 2016 T20 World Cup match against Australia describing that Dhoni made him run like crazy in the match, on Instagram. However, netizens were quick to spread the rumour that the world cup winning captain might announce his retirement soon, which was ultimately rectified by Dhoni’s wife Sakshi who said, “it’s just rumours”.

“I did not have anything on my mind, I was just sitting at home and I just uploaded the picture. It became news, it is a lesson for me about what I think about myself, the world does not necessarily see it that way. That game is very special, I have not openly talked about it so that is why I uploaded the picture but people took it otherwise,” Kohli confirmed.