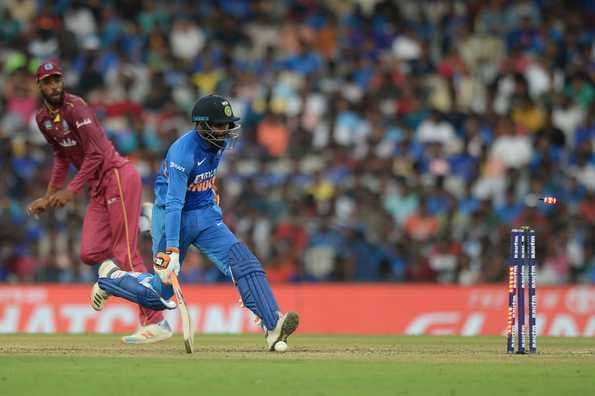 The Indian Captain Virat Kohli and Windies Captain Kieron Pollard had opposing views on Ravindra Jadeja’s run-out as the Indian Captain was clearly unimpressed after the veteran all-rounder was adjudged run-out during the first ODI between India and West Indies in Chennai. 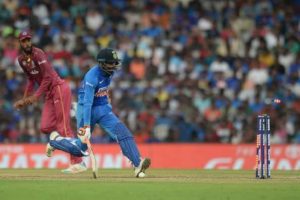 Kohli was highly unimpressed with the decision and his counterpart was extremely happy as the right decision was made in a controversial run-out which was had Jadeja in the mix. Ravi Jadeja was short of is crease when the umpire sent it upstairs to the third umpire. However the replays showed that the bowl had been long dead and also the replay of the run-out was displayed on the big screen, where he was found short of his crease.

Kohli however was not very satisfied with the decision and said that people sitting out cannot dictate to whether how a game goes on. Kohli was also disappointed in the way the game went along as India were not able to defend 289.

Jadeja who played a handy role got out at a very crucial juncture of time after scoring 21 off 21 balls and the wicket came in 48th over if the all-rounder would have stayed India would have easily crossed the 300 run mark,  India managed to post 287 for 8 on the board after being put into bat after losing two quick wickets, Rishabh Pant (71) and Shreyas Iyer (70) were the top-scorers for the hosts while Jadeja and Kedar Jadhav (40) also made useful contributions.

In response West Indies just lost two wickets to chase the target easily as opener Shai Hope and Shimron Hetmeyer scored centuries to inspire the Windies to register a famous victory at Chepauk.

Ind vs WI 1st ODI Review: India melt away in the Chennai heat to fall back early yet again