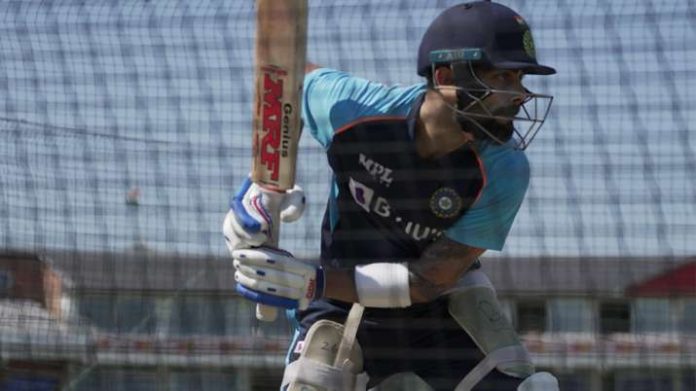 Virat Kohli-led Team India have begun their preparations for the upcoming Test series against England. The members of the visiting side reassembled in Durham and took part in a warmup and nets session. India will play England in a five-match test series starting from 4th August. 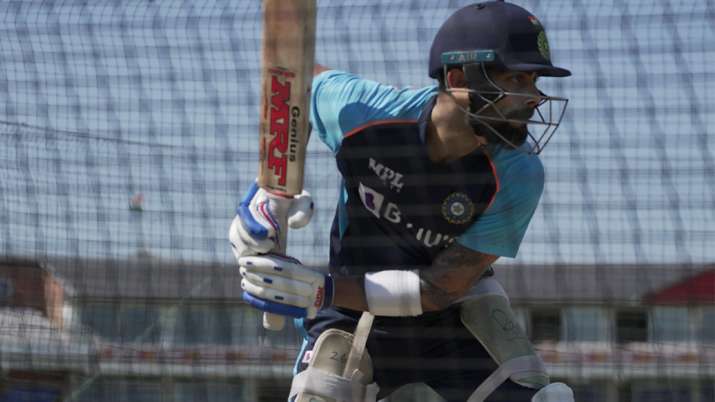 The Board of Control for Cricket in India (BCCI) had given the players a three-week break following the World Test Championship final. Soon after the players reassembled in Durham, they shared pics from the warmup and net sessions.

On Friday, the Indian Skipper Virat Kohli took to Instagram to post a picture with KL Rahul, Shardul Thakur and Jasprit Bumrah after reassembling.

The 32-year-old shared another post from Durham. The skipper enchanted the fans with his pics from the batting session. “When you absolutely love what you do, everything just flows,” he wrote on Twitter.

When you absolutely love what you do, everything just flows ❤️🏏 pic.twitter.com/ket7qq2vDg

Rishabh Pant, Wriddhiman Saha and Abhimanyu Easwaran are three players who haven’t joined the camp. Pant is still recovering from Covid at an acquaintance’s place. On the other hand, Saha and Easwaran came in contact with throwdown specialist Dayanand Garani. Garani was tested positive for Covid. Bowling coach Bharat Arun is also in isolation after coming in his contact.

The Indian team have a point to prove as they have a dismal record in England off-late. Recently, they lost the inaugural World Test Championship final against New Zealand as well. Kohli’s captaincy is also under pressure due to the fact that he has not been able to win any major trophy in his tenure.

Hence, Virat would like to prove that they are the best test team in the world by beating the Three Lions at the latter’s den.

Team India will play a practice fixture against County Select XI in Durham. The three-day fixture will be kick-off from July 20 to 22. It isn’t known whether the match has been given first-class status or not. The visitors will only be allowed to play 11 players if it is a first-class game.

The India-England Test series kicks off on August 4. The opening game of the series will be on August 4 in Nottingham. The next 4 Tests will kick off on August 12, 25, September 2, and 10 in Lord’s, Leeds, London, and Manchester, respectively. The last time India toured England for a Test series, they lost 1-4 against a Joe Root-led team.