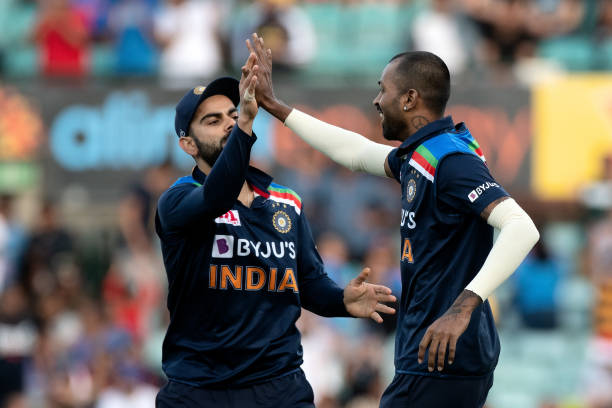 The Indian ace batting duo- Virat Kohli and Hardik had reportedly breached COVID-19 protocols when they had visited a baby shop located in Australia. However, the owner has clarified about the situation.

According to Sydney Morning Herald, the star cricketers had breached the strict COVID-19 rules when they visited the shop called Baby Village.

But it turns out that was not the case as the shop owner, Nathan Pongrass explained what happened that day.

The Indian players were sighted in the shop without wearing masks which had created quite a controversy regarding Australia’s COVID protocols.

However, the shop owner, Pongrass said masks were not a common feature in the first week of December as the number of new cases in New South Wales were very less in number.

Masks were made mandatory at indoor places like gaming rooms, hair salons and shops in New South Wales on January 3 after a new outbreak of Covid-19 in mid-December in Northern Beaches area in Sydney.

He said: “They were kind enough to take a couple of photos with our team, which wanted to share the experience with family members. We put that on social media to just show we were being proud that they had chosen to visit our store.”

“They were very much keeping their distance”, said the shop owner

Nathan Pongrass, said that both Virat Kohli and Hardik Pandya maintained the necessary distance and the staffs at the shop were refrained from touching or shaking hands with the players.

The owner said, “Our staff was not allowed to touch them and shake hands with them. Even though there were no restrictions at the time, they were very much keeping their distance.”

With few cases being recorded at that point of time, he further explained that  “Older people were wearing and even some pregnant ladies weren’t wearing masks in Sydney.”

He said that they were ‘generous’ and wanted to pay for eveything the staffs had wanted to gift them. He revealed they had a great time at the place.

They had a ‘very positive experience’ and “It’s really a shame what has happened in the media because of it,” Pongrass said.

India is set to square off against Australia in the third test match of Border-Gavaskar Trophy at Sydney Cricket Ground starting January 7 onwards.