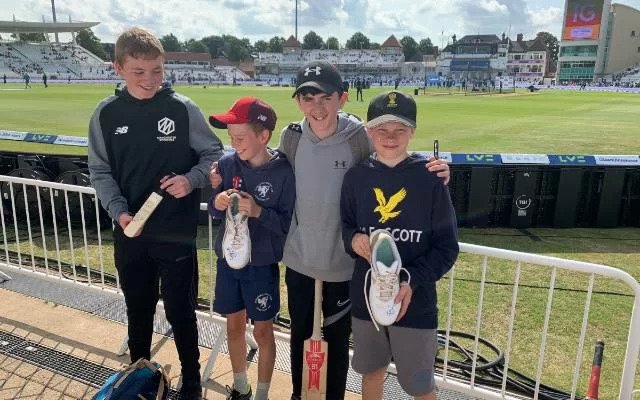 The five-match test series between India and England is underway with the 1st Test being held at Trent Bridge in Nottingham. This series also started the second cycle of the ICC World Test Championship. But Indian captain Virat Kohli has already made headlines with his off-the-field gestures and team selection. 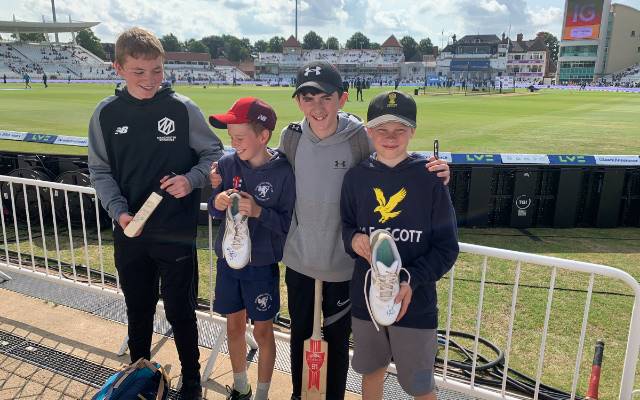 For the first Test, India have left out their frontline spinner Ravichandran Ashwin. The veteran off-spinner recently took a six-wicket haul in a county game. The Indian team has also excluded experienced Ishant Sharma.

Instead, the team has backed young spearhead Mohammad Siraj and rising fast bowling all-rounder Shardul Thakur. Both these players are playing their first test match in England.

On the other hand, England have gone with an all-pace attack. They have excluded their frontline spinner, Jack Leach. Leach had a good series against India early this year. Even against New Zealand, England did not play any spinner in their side.

However, what caught the attention of fans was a brilliant gesture from Indian captain Virat Kohli.

In response to Michael Vaughan’s reaction to India’s decision to drop Ashwin, a fan replied: “No but Virat gave my son his spikes!! The response also has a picture of his sons gleefully holding the spikes in their hands.

No but Virat gave my son his spikes!! pic.twitter.com/mzfnyaNXPB

Thank you from Lucas Burns @imVkohli you have made an excited boy very happy!! Spikes from the nicest global superstar!!@MacclesfieldCC @kingsmaccricket pic.twitter.com/5DcH68fhDD

KL Rahul to resume opening the batting at Trent Bridge

India’s problem with injuries has not been stopped since the WTC final. India have already lost Shubman Gill, Washington Sundar, and Avesh Khan. But another name has been added to this list as Mayank Agarwal was hit on the head ahead of the 1st Test at Trent bridge.

This meant that India had to play KL Rahul as an opener for this test because Shaw is still in quarantine. KL Rahul hasn’t played a Test Match since August 2019 against West Indies. But the dependable batsman has been in terrific form. He scored a century in the intrasquad game ahead of the WTC final. Then he also made an unbeaten hundred in the practice game against County Select XI.

Hence, he will play a crucial role in this tour as India’s premier batsmen like Virat, Pujara and Rahane haven’t been scoring runs consistently for a while now.

In the first session so far, the match hangs in balance. India has been able to secure two wickets but the hosts have been able to score 61. But England have a long batting line-up.

Ollie Robinson and Sam Curran are proper all-rounders. Even Stuart Broad has a hundred against India. India’s record against lower-order batsman is pathetic. Nevertheless, the visitors have a point to prove here as they are considered as favourites for this series by some experts.