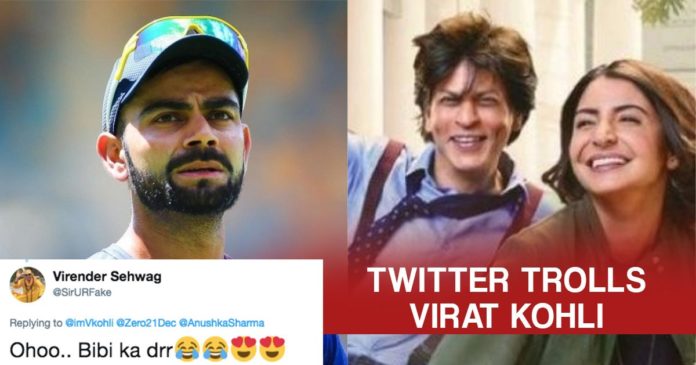 Virat Kohli might the best batsman in the world, that doesn’t mean he is not prone to social media trolls attacking him online.

Virat Kohli was massively trolled for giving a review of his wife Anushka Sharma’s movie Zero which was released last Friday at the Box Office. 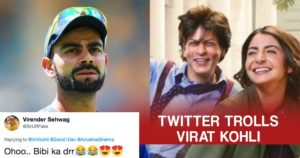 Virat Kohli took to Twitter to praise his wife and said that she was outstanding and it didn’t take Twitteratis long to go on a trolling spree.

Saw @Zero21Dec and loved the entertainment it brought. I enjoyed myself. Everyone played their parts well. Loved @AnushkaSharma performance because I felt it was a very challenging role and she was outstanding. 👌👌

Loved the part where thet left her on the highway with her motorized wheelchair to drive 8 miles on her own, and nobody from the 50+ guests at the wedding volunteered to drive her down in a car

Saw @Zero21Dec and loved the entertainment it brought. I enjoyed myself. Everyone played their parts well.

Loved @AnushkaSharma performance because I felt it was a very challenging role and she was outstanding. 👌👌

Another zero is on the way. 26Dec KL Rahul. #AusvInd #IndvAus #Zero

Enough now Anushka. Give the phone back to Virat Kohli now