Virat Kohli’s explosive press conference before India’s departure to South Africa on Wednesday has grabbed all the headlines in the cricketing fraternity. After all, this was the first time he spoke out in public after being sacked as the ODI captain.
While the probable rift between him and Rohit Sharma made headlines, Kohli himself cleared all the rumours in the press conference. It is crystal clear that BCCI President Sourav Ganguly, while finding himself amid a major controversy thanks to Virat Kohli’s candidness in front of the media members, is still making some major moves around the Indian cricket board.
Kohli quit as T20 skipper after the recent World Cup and last week was removed as ODI captain, with India’s cricket board saying it wanted Rohit Sharma to lead in both white-ball formats.
The surprise announcement came in one line at the bottom of a press release by the Board of Control for Cricket in India (BCCI) about the Test squad for the upcoming tour of South Africa.
Meanwhile, nothing has been more talked about than Kohli’s sacking as ODI captain. The decision by the BCCI/selectors may have been laden with logic, but it needed to be explained along with the official communication if there was no intention of conducting a media conference.

With an appalling lack of transparency, the BCCI is showing just how unprofessional they can be. There were widespread rumours of Virat Kohli not playing the South Africa ODI series citing the BCCI’s decision to strip of captaincy and bestowing Rohit Sharma as his successor. The point in question is the manner in which the decision to sack Virat Kohli from ODI captaincy was handled and the BCCI’s approach to it.
Rohit Sharma had little role to play in it, and to be fair-the Mumbai batsman maintained dignity amid all the fracas surrounding the board.
This is how things have transpired: Kohli decided he wanted to give up the T20I captaincy because of workload issues. We were later told by the BCCI that they didn’t want that to happen. Following India’s exit from the T20 World Cup, the selectors decided they didn’t want two white-ball captains.
They gave ODI captaincy as well to Rohit Sharma and announced the decision with a one-line statement without giving any reasons. 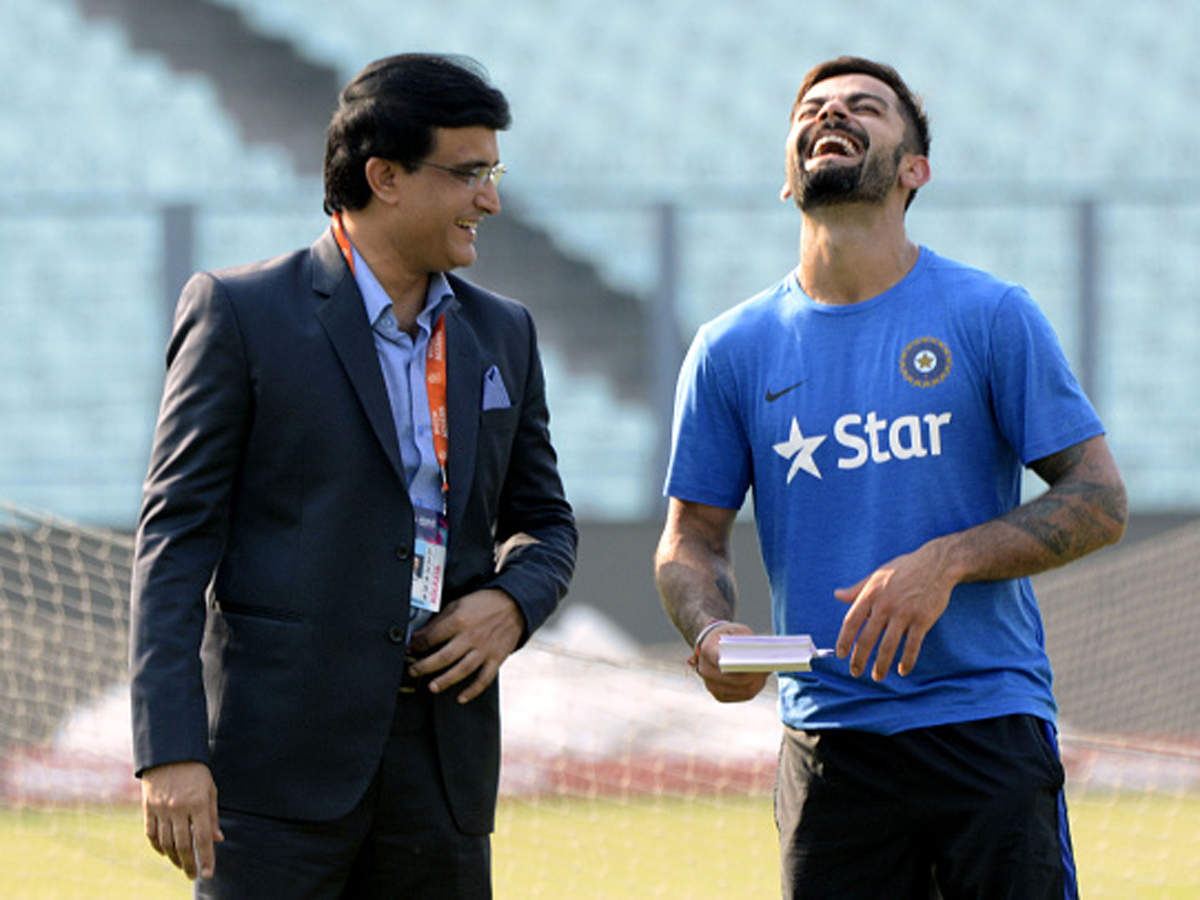 A day after India Test captain Virat Kohli triggered a storm by publicly contradicting him, BCCI president Sourav Ganguly refused to comment on the matter, saying the Board will deal with it.
There was talk of BCCI asking the chairman of selectors Chetan Sharma to address the media after Kohli’s explosive press conference but the Board eventually refrained from making any counter statements.
The undercurrents of the Kohli-Ganguly muddle is the former’s inability to land an ICC trophy while at the helm of the Indian team for 6 years. Ganguly has been vocal about it and when prodded, the former Indian captain stressed planning for the 50-over World Cup that is slated to happen on Indian soil in 2023.
However, Ganguly said that the Indian team was exceptional in the 2019 World Cup, and it was just one day of bad luck that wiped away the hard work of two months.
Yet, he hinted at Kohli’s under-par performances as a skipper and lamented about Team India’s performance in the recently-concluded T20 World Cup.
BCCI has been known for being tight-lipped on several major issues and their decision-making has often sparked controversies in the cricketing fraternity.
If Ganguly wants to leave a legacy as glowing as his cream captaincy years, he must be more proactive from his president’s seat.