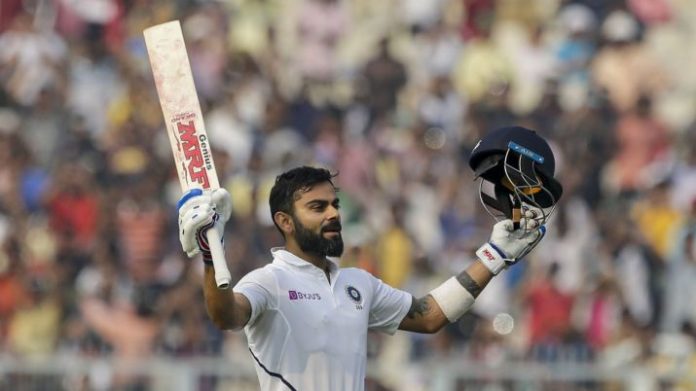 On the second day of the historic Day-Night Test between India and Bangladesh, Virat Kohli became the first Indian to score a century in a Pink ball match and surpassed Ricky Ponting to grab 2nd spot in the list of captains with the most Test centuries. The Indian run-machine now has 20 hundreds as a captain while former South Africa captain Graeme Smith leads the chart with 25 tons. 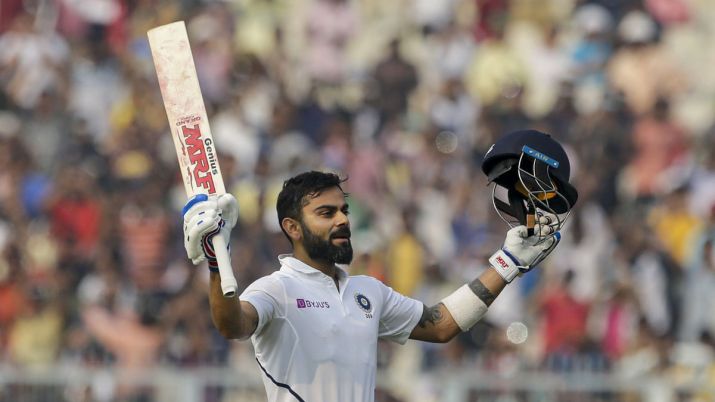 Kohli who has already racked up an outrageous 43 tons in ODI cricket, brought up his 20th Test century as an Indian skipper, and the 27th Test hundred in his career, today in Kolkata. He also equalled Ricky Ponting’s record 41 international hundreds as a captain at the iconic Eden Gardens.

Earlier, Kohli broke another record and became the fastest to reach 5000 runs in Test cricket as a captain and is only the sixth cricketer to achieve this feat.

HUNDRED No.27 in Tests for Virat Kohli! 👏

Before the ongoing series started, Kohli needed just 32 runs to reach the milestone set by Ponting, and he eventually broke the record on day 1 of the second Test against the Bangla Tigers.

Kohli also went past Steve Smith on the list of batsmen with most hundreds in Test cricket and is now tied at the 17 spot alongside South Africa’s Graeme Smith and Australia’s Allan Border who also have 27 Test hundreds.