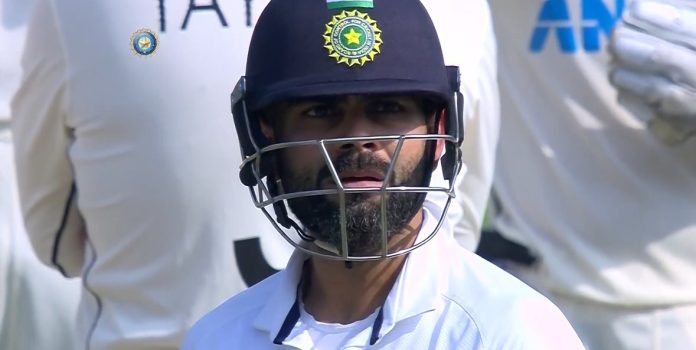 Team India skipper Virat Kohli was dismissed for a duck on his return back to Test cricket following a controversial decision. He was trapped in front by Ajaz Patel on his fourth delivery at the crease. 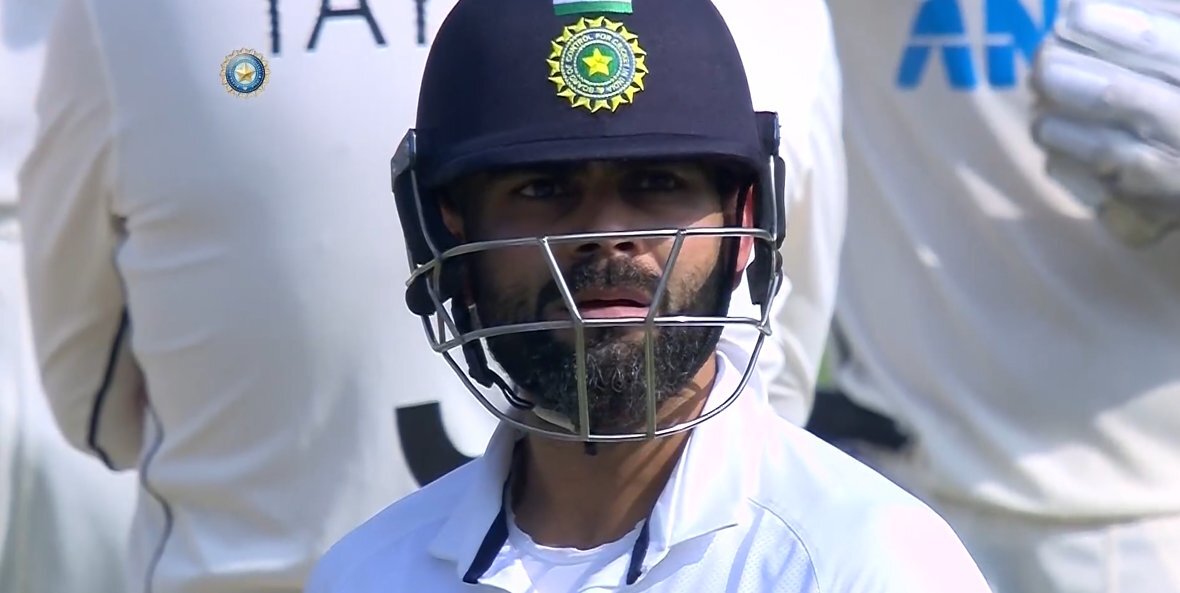 The Rahul Dravid-Virat Kohli era flagged off in Mumbai after rain washed out a significant portion of the morning session. After winning the toss and electing to bat first, India were off to a flying start courtesy of Mayank Agarwal and Shubman Gill.

The duo stitched a composed first wicket partnership. But, Ajaz Patel claimed two wickets in quick succession to bring the skipper to the crease. Kohli proceeded to move with a front foot defence for a full-length delivery by the left-arm spinner.

With the odd ball turning square, Kohli tried to play for turn but the ball went straight through. After being given out by umpire Anil Chaudhary, Kohli straightaway went for a review.

Third umpire Virender Sharma conveyed to the on-field umpire that he failed to find any conclusive evidence. As a result, the call remained the same much to the puzzlement of Kohli, who was rooted to the spot.