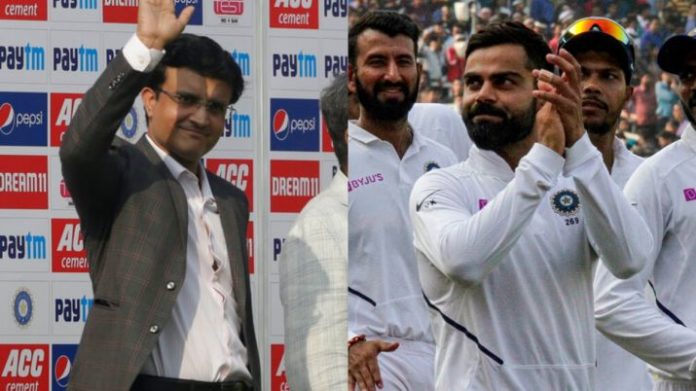 Skipper Virat Kohli thanked Sourav Ganguly for instilling a winning attitude in the team under his captaincy, and that the present team is “just carrying it forward”. The Men in Blues beat Bangladesh by an innings and 46 runs in the second Test, completing a whitewash over their neighbour at the iconic Eden Gardens in Kolkata on Sunday. 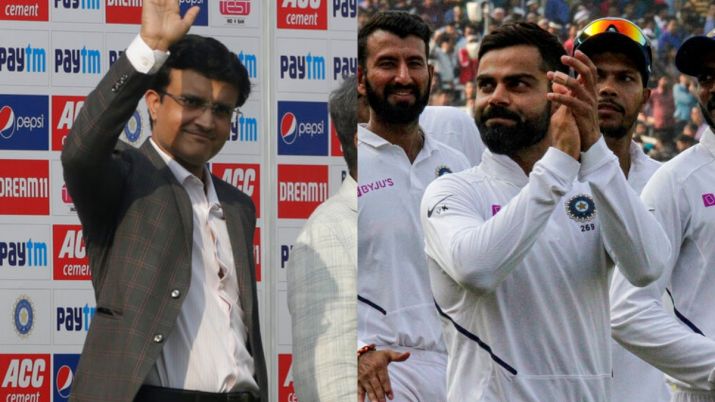 “The idea is to establish yourself in the middle and we have learnt to stand up and give it back. It all started with Dada’s team and we are just carrying it forward,” Kohli said at the post-match presentation.

“The bowling group now is fearless and they believe in themselves playing against any batsman. We are reaping the rewards for all the hard work we put in the last 3-4 years,” he added.

Bangladesh, who opted to bat first, managed to register a paltry 106 in the first innings after Ishant Sharma derailed their batting line-up with his five-wicket haul. India declared for 347/9 in reply, as Kohli (136) once again shone with the bat and India’s fiery pace attack wrapped up the guests’ second innings for 195 in the third day with Umesh Yadav, the pick among the bowlers with his 5/53 figure.

“Only your belief can make you win. If you feel fast bowlers are not in the game then you are already into a negative mindset. With the way these guys are bowling now, they can pick up wickets on any surface at home or away” Kohli concluded.