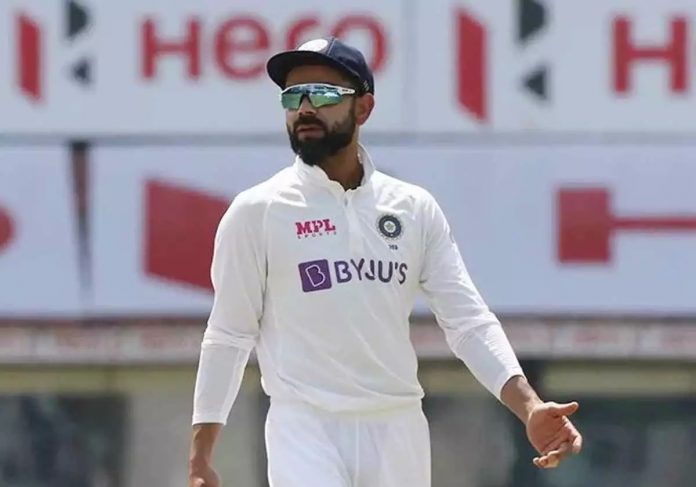 Team India successfully registered a 10-wicket win over England in the third Test in Ahmedabad. While this was certainly good news what made it shocking as well as surprising was that the game ended within two days. And, it was the first time that happened in over 50 years. And, since then, the Motera pitch has been in the centre of the debate. However, India captain Virat Kohli believes that the debate surrounding the pitch has gone far too long.

He also expressed his disappointment over this and said that people should accept that spin is a key factor for Test cricket when the team is playing in the sub-continent. Kohli also cited the example of India’s tour of New Zealand in early 2020, where they failed to open their account and eventually lost by 0-2. However, the most important thing was both Tests finished inside three days and he mentioned that all people were talking about the performance and not the pitch as well.

“Let me ask you a question – do we play matches so that they last 5 days or do we play to win? We lost in New Zealand inside 3 days. No one said anything about the pitch back then. Our strength is we focus on ourselves and not the pitch. We need to be honest with ourselves about this narrative (of spinning tracks),” Virat Kohli said on the eve of the fourth Test against England in Ahmedabad.

However, not only fans or cricket experts but several former cricketers have been criticising the pitch till now and Kohli said that they should try to come to terms with it now as the next game is just a few hours away.

Meanwhile, Virat Kohli’s Test deputy Ajinkya Rahane also backed his captain’s thoughts and revealed it’s unfair to relate India’s performance to the nature of a pitch and Kohli too feels the same.

“I believe there is too much noise about spinning tracks. Our media should present the view that spinning tracks are fine in the subcontinent. The reason behind our success as a team is that we haven’t cribbed about any surface we have played on. We have always tried to improve. No clue why the focus is so much on the ball or the pitch. Neither sides batsmen were good enough to tackle the pitch in 3rd Test. I maintain it was a case of the skill on display rather than the pitch being a bad one,” he concluded.