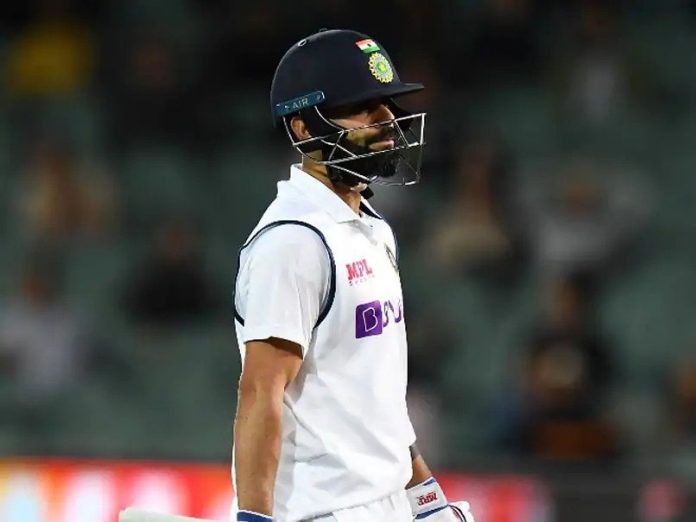 Team India were subjected to a shock 8-wicket defeat on the third day itself in the day-night test in Adelaide. After being dismissed for their lowest ever total of 36, skipper Virat Kohli addressed the shocking display which gave Australia a 1-0 lead with three matches to go.

Resuming the day at 9-1, India were expected to dig through Day 3 and set a defendable target for the hosts. However, the plan was out o the window within the first 30 minutes of the play itself. No Indian batsman was able to reach double figures and by virtue of the first innings lead, were able to set a meagre target of 90.

After the Australians completed the run chase with rather relative ease, Virat Kohli spoke during the post-match presentation and addressed the shocking day’s play and the defeat.

The skipper claimed that this defeat will a tough one to assess in words. He felt that the side lost the match in just an hour after gaining pole position following two days of play. He also lamented the lack of intent by the batsmen.

“It’s very hard to put those feeling into words. We had a lead of 60-odd when we arrived. And then just collapsed. Played two days of good cricket to get in a position and then just lose it in an hour.”

“Really hurts. Probably didn’t have enough intent in the batting today. It’s something that needs to be reflected and learnt from.” Kohli added

With this being Kohli’s final assignment in the Australian tour, he fully expects the team to reflect and improve on this to put up a better performance in the Boxing Day test in Melbourne. To conclude, he also gave an update about Mohammad Shami’s condition after the pacer was hit on the arm by a Pat Cummins delivery and had to be retired hurt.

“Confident the boys going forward will reflect on this and come up with a better result on Boxing Day. No news on Shami, he’s going for a scan now. Was in a lot of pain, couldn’t even lift his arm. We’ll probably know in the evening what happens.”