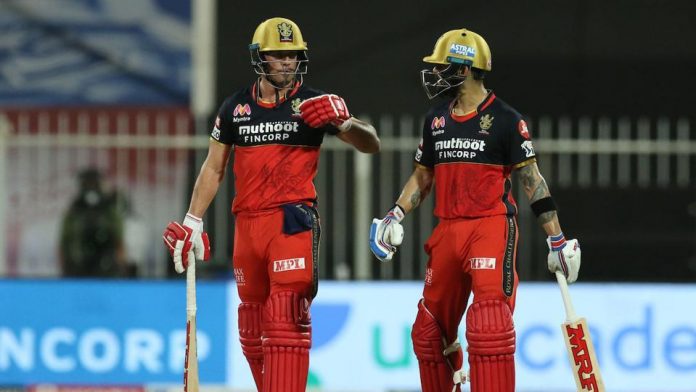 After a thrilling and nail bitting one-run victory over Delhi Capitals, Royal Challengers Bangalore captain Virat Kohli showered acclaim on AB de Villiers. Considering him an ‘resource’, Kohli conceded that in spite of de Villiers not playing worldwide cricket, it doesn’t appear to be that way.

The South African legend crushed a stunning 75* off 42 balls. During his magnificiant inmimgs, he hit five sixes and three fours to help RCB post a difficult 171 for five which ended up being barely enough. During his noteworthy 42-ball stay, he also entered his name in the 5000-run mark in IPL. 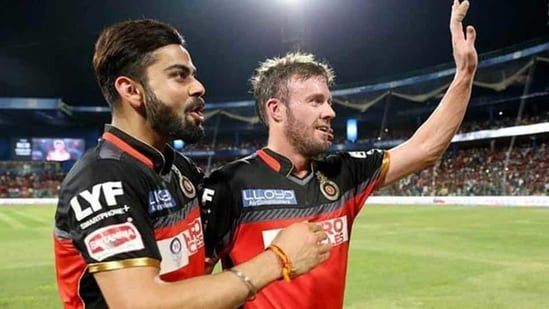 Virat and ABD share a great bond of friendship, something they have shown publicly on various events and occasions. While speaking at the post-match press conference, Kohli revealed a tidbit from one of their conversations and also lauded AB’s batsmanship.

Kohli made the following remarks on ABD: “He hasn’t played competitive cricket for 5 months, but if you look at him bat it doesn’t feel like he doesn’t play international cricket anymore. Hats off to him, keeps doing it again and again for us. Such an asset for us. I’ll say this again (smiles). He hasn’t played for five months, just watch that innings.”

Time and time again, ABD proves to all the cricket lovers just why he is the best and one of the most destructive batsman in modern day cricket.

Talking about the total to defend, Kohli stated that his bowlers kept the team alive in the game and contributed highly towards their victory over Delhi Capitals.

Even Kohli, at one stage, thought that the match was going away from them after Hetmyer took on the RCB bowlers, in particular Kyle Jamieson who went for three sixes in the 18th over. After the match Kohli was full of praise for Siraj for delivering under pressure.