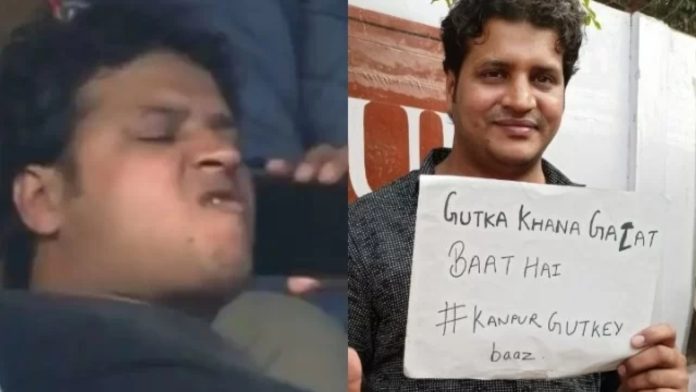 Shobhit Pandey, a cricket fan recently became a topic on social media after his video clip went viral on the first day of the ongoing Test between India and New Zealand at Green Park Stadium in Kanpur. In the video clip, he was seen chewing something which many assumed as Gutkha and the girl sitting beside him was his sister, who also got involved in the incident. Fans started buzzing about the incident and in no time memes and video clip was the incident started flooding on social media. 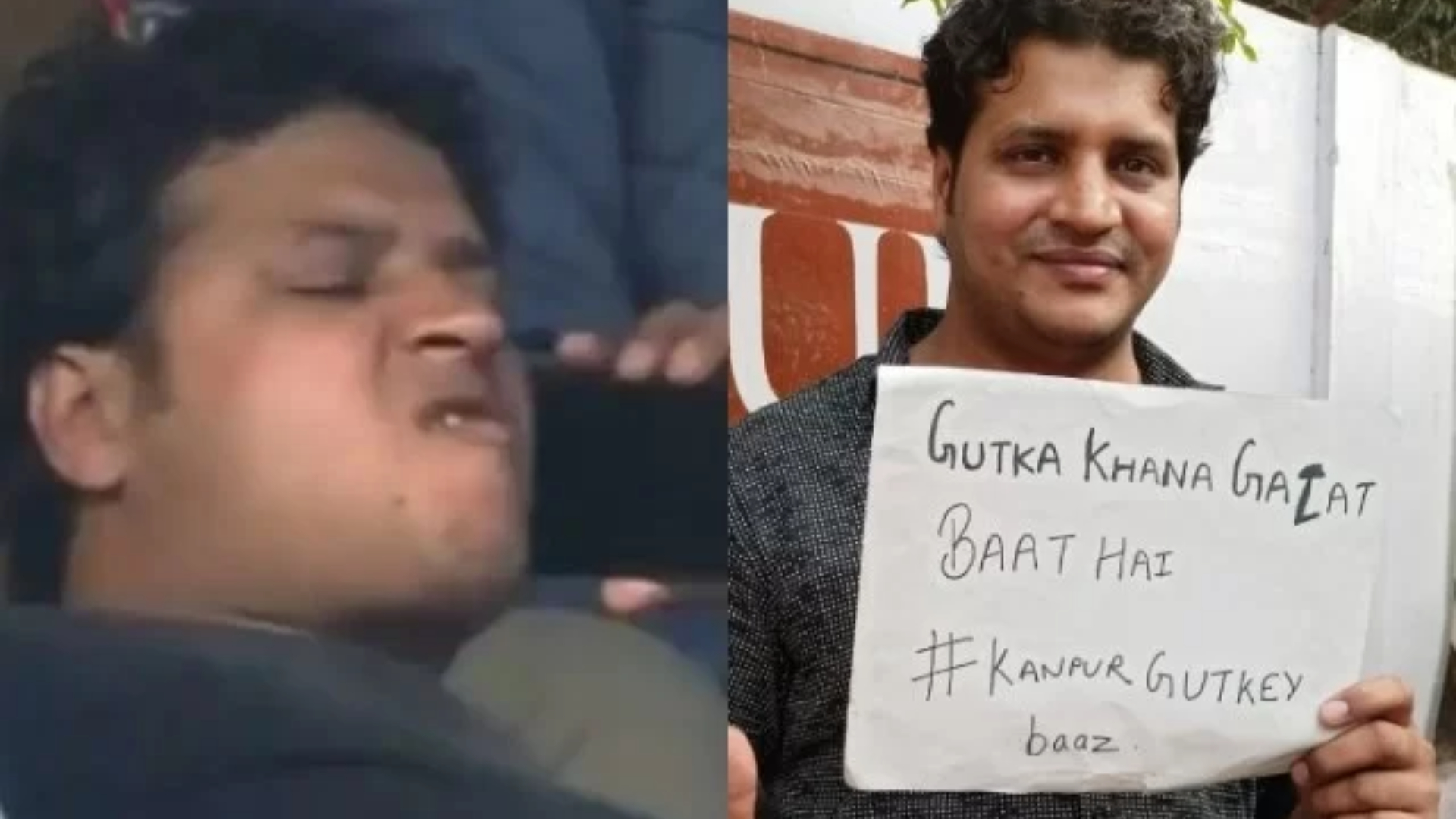 Shobhit, who is a resident of Maheshwari Mahol in Kanpur was seen in the stadium on the second day of the Test as well. This time around he was seen sitting with a placard which read, “Eating tobacco is a bad habit”, in Hindi.

However, while speaking to the media, Pandey made it clear that he was not eating tobacco at all and was talking to his friend when the cameraman spotted him. “First of all, I would like to clarify that I wasn’t eating tobacco. I was eating betel nut and was on call in with my friend, who was also watching the match in the same stadium but in a different stand.

“It was just a call of almost ten seconds and it went viral. My friend whom I was talking to was the one who broke the news to me that the video has gone viral. It went like a fire,” he said according to Hindustan Times.

Shobhit further stated he isn’t embarrassed at all as he didn’t do anything wrong, however, is worried for his sister as a few people are busy passing ‘not so good’ comments about her. He is also not a fan of getting all the attention from the incident.

“I didn’t do anything wrong, that is why I am not scared or embarrassed about this. I am just concerned that some people are passing nasty comments about my sister. And on the other hand, I am getting numerous calls from media houses and other people regarding the whole scenario and now I am getting irritated,” Shobhit added.