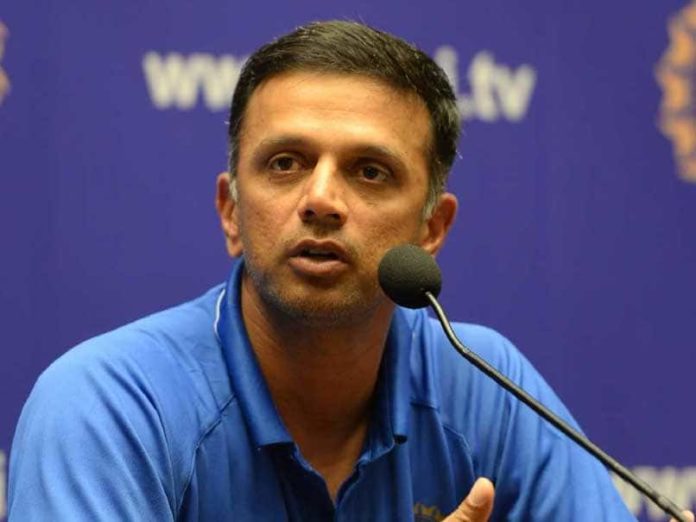 Rahul Dravid is known for his stunning batting. Currently, his one advertisement has become quite a hit. He was seen there as exactly the opposite of his character and that made people laugh as well as love it.

“Every time Rahul Dravid would scream, every single time he screamed, he would cover his forehead with his hands. Like ‘What am I doing? Why am I doing this?’” said Ayappa KM, director of the commercial with a laugh as the former India player lost his cool in Bengaluru traffic. “A guy out of his comfort zone… That was so entertaining to watch.”

It was a commercial for a credit card bill payment app and it has become so hit that ‘Indiranagar ka Gunda’ has become Dravid’s nickname as well. The ad begins with a ‘Cred’ user saying the benefits of the app that may sound “ridiculous, like saying Rahul Dravid has anger issues.” And then it shows that an angry Dravid challenging his fellow drivers, throwing coffee on the glass, gleefully smashing rear-view mirrors with his bat and even standing through the sunroof and shouting as well.

“I think the biggest victory here is that Rahul Dravid looks like a seasoned actor,” said Ayappa. “Let’s be honest, he is known for his cricketing skills much more than his acting skills. So it was very nice to see the feedback, that somewhere we’ve communicated the dark side of Rahul Dravid that doesn’t even exist!”

However, Ayappa was amazed at how professionally Rahul Dravid managed this offbeat assignment of his. Meanwhile, it was revealed that they had planned a lot of backup physical gags as they had no idea how it turns out. But the batting great took it too quickly after getting the basic idea from Ayappa, who also admitted that it is very hard for a non-actor to perform like this.

“We were hoping that he actually gets stressed out and gets angry,” said Ayappa with a laugh. “We kind of simulated a jam for the shoot where, on one side, you get somebody to just scream at him. So, he reacts to it and also kind of forgets that is in front of a camera. Almost like theatre, we kind of have some improvisational acting with him, and he pulled it off. But he never got angry, that never happened. There were no star tantrums.”