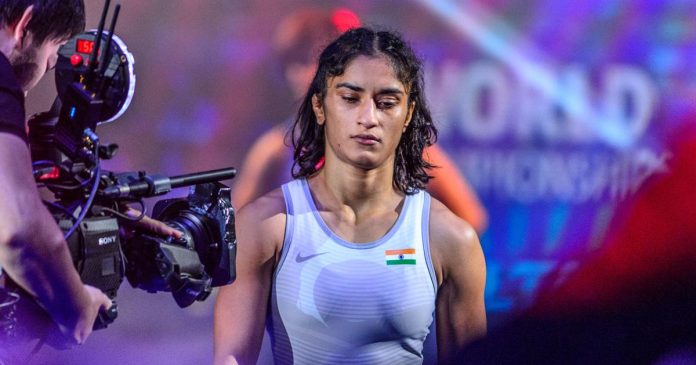 Indian wrestler Vinesh Phogat emerged victorious over Olympic Bronze medalist Sofia Mattsson in the Women’s freestyle 53kg round-of-16. She cruises to the quarterfinals after having won the contest 7-1.

Vinesh Phogat led the contest 5-0 at the first break and only conceded a solitary point to seal her progress into the final 8. She sets her mark in the Olympics after carrying the tag of her surname, popularized by her cousins Geeta and Babita.

Her last Olympic campaign had ended in heartbreak after a twisted knee during a fight. She has already secured multiple gold medals in the Commonwealth Games and has gone onto win a bronze and a gold in the Asian Games as well in the previous decade.

She is the top seed in the 53kg category alongside host nation Japan’s Mayu Mukaida. Bulgaria’s Vanesa Kaladzinskaya could be her next opponent.