It is said officiating a cricket match is the most-thankless job in the world. The most common things umpires say is to ‘focus to stay out of focus’. The more you are in the news, the more you are considered to be error-prone as an umpire.

For Vineet Kulkarni, officiating came in naturally. At the young age of 12, when his friends were busy playing cricket, all Kulkarni wanted to do was play the all-important role of an umpire.

“Quite early I realised that the bat and ball were of little use to me. So I aspired to be a third most important facet of the game-umpiring,” Kulkarni confessed on an exclusive telephonic conversation.

Umpires come in many guises. Their decisions are often scrutinised as much as any wicket or a six. As custodians of the game, they are aware that the game is for the players. The umpires stay backstage and ensure the game flows freely.

For 40-year old Kulkarni, umpiring came naturally to him. He was 18 when he appeared for his first exam to officiate for the Maharashtra Cricket Association (MCA) matches. CK Sathe, a former international umpire from Pune to don the white-coat was his mentor, who guided him through the nuances of umpiring.

“I did not take to umpiring with a view to going anywhere or reach a certain stage. I just wanted to be associated with cricket, and umpiring gave me a great chance to stay connected. It all came quite naturally to me,” Kulkarni informed.

Aged 28, in 2008 Kulkarni passed for the ‘First class panel umpiring exam’, which was conducted by the BCCI, paving a way for him to officiate in domestic matches at an age of 29.

Ever since making his debut, Kulkarni quickly developed a name for himself as a cool, calm face who stood behind the wicket and made match-defining decisions.

“I started enjoying the process of being an umpire. By the end of my first season as a full-time umpire, I was convinced that I wanted to make a career out of it. It was a great learning experience to have many senior umpires and players around during the first season,” Kulkarni recalls.

Kulkarni’s rise through the ranks was rapid. Coming from a country that has produced only a handful of elite-panel umpires, he made the cut with great consistency.
The grind of domestic cricket served as a good learning curve for Kulkarni and prepared him for the hardships of International cricket.

“Indian domestic cricket is really challenging and one of the best platforms for aspiring umpires to perform. But if you are striving to reach the highest level, you have to take everything in your stride and keep working hard. Every passing game is a different process of learning your trade,” Pune-based Kulkarni stated. 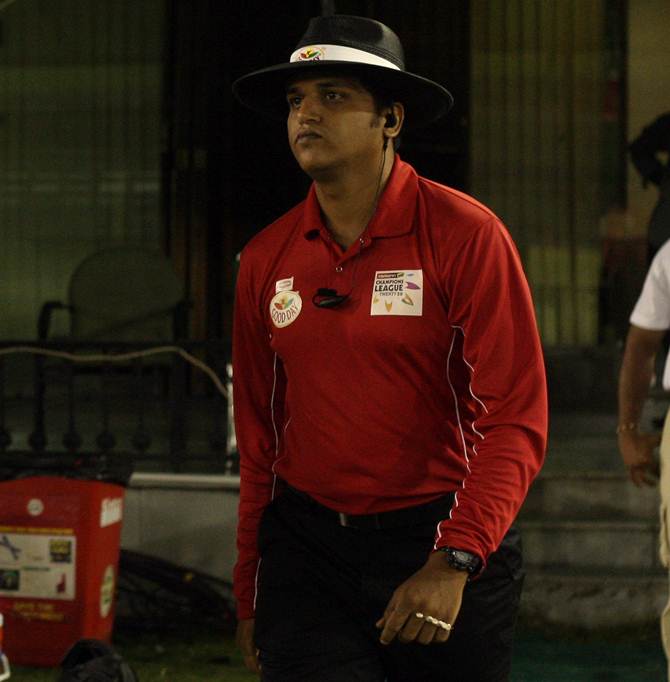 Kulkarni, who became a full-time umpire at 19, recalled how he made his international umpiring debut in the high-octane India-Pakistan One Day International (ODI) at the Eden Gardens in 2012.

“We had played a T20 series against Pakistan just before the ODI series, for which I was the TV umpire. So getting the gist of the things on an international level before hand made things bit easier. But India-Pakistan game as your debut match is never going to be easy, naturally to begin with I was bit nervous-but my co-umpires Billy Bowden, S Ravi and match referee Roshan Mahanama helped me throughout the proceedings,” Kulkarni says.

It is often said in a lighter vein, that India may produce the best cricketers around-but when it comes to umpires, they better import!

An analogy that umpire Kulkarni disagrees with.

“To be very honest we’ve always had decent umpires, but lacked their fair share of opportunities. But to their credit, the Indian umpires and the system, in general, became very professional thanks to the BCCI. The BCCI has put in a great amount of effort to improve the standard of umpiring in Indian domestic circuit,” Kulkarni opines.

“The facilities that they provide to the match officials have improved drastically. Even the minutest details matter as well Our travel, stay and everything else is well-taken care of. Then, of course, there are all the training facilities the BCCI have developed with the inception of the National Academy for Umpires (NAU) in Nagpur. It has been a great addition,” Kulkarni, who is a science postgraduate adds.

He states that there was a paradigm shift in the attitude of the governing body that changed the ground reality in India, where capability was given as much importance as seniority-if, not more. 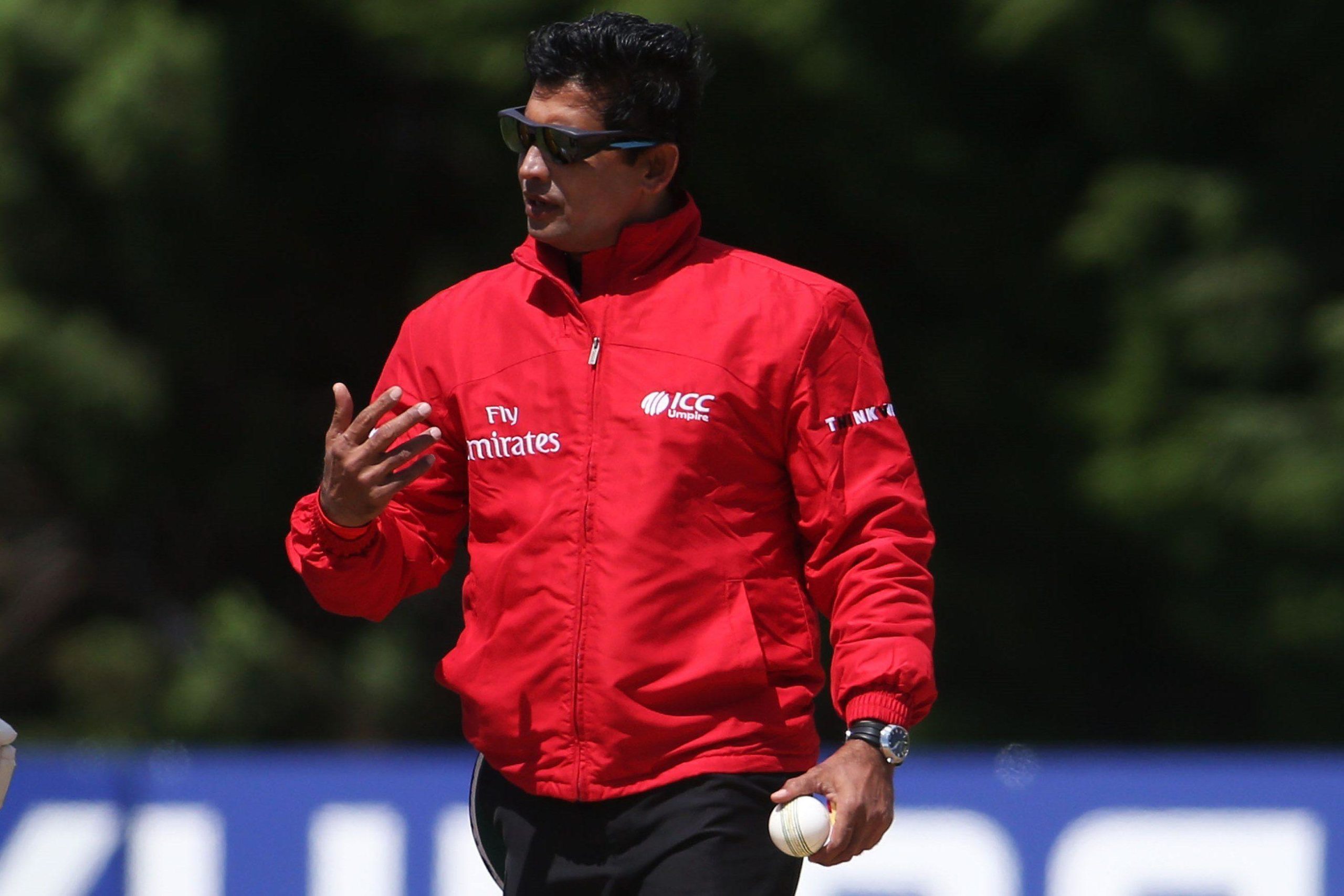 Vineet Kulkarni on IPL and co-umpires

If the domestic cricket is your cake, then the Indian Premier League (IPL) is the icing on top it. One has to have a good cake to enjoy the icing on it. IPL is the best opportunity to shine. Find out about the online waging options for IPL and other tournaments.

The close-knit Indian umpiring team is motivated to do well as they know they can make it to international cricket if they perform well in the IPL. The elite international umpires are very encouraging and they’re always willing to share their knowledge.
The 40-year old also gave some insights into what the umpires have to manage on the field and off it, especially as a third official.

“We are a third team in the middle. The third umpire has to double count the balls, calculate stoppages, watch player conduct, work with the director of the broadcaster etc,” he informs.

Kulkarni says the co-relation with the players a fellow officials is extremely important.

“I think it is important not to get sidetracked by extremes, but as an umpire, we have work in tandem with the players. We have to study their traits, the way they behave or talk on the field. Equally, respect has to be mutual. Generally, we do enjoy a professionally good relationship based on trust and respect between the umpire and players. Sports, too, is a reflection of society,” Kulkarni opines.

On technology and incorrect calls

To err is human and with the increased demands, the players are often safeguarded-but the umpires who are the custodians of the game are often at the receiving end.
With an increase in the use of technology and increased television coverage, the umpires are under constant scrutiny during matches. Their decisions are dissected immediately on-air by commentators and fans on social media.

“If the best players in the world are forgiven for an odd mistake, the umpires too deserve the same consideration. We are humans after all. However, an internal process of not repeating the same mistake again is also very important as an umpire,” Kulkarni says.

“In 2014, before the playoff game, I and co-official Bruce Oxenford went out on streets of Mumbai. To our amusement, on the narrow streets of South Mumbai, a small-shop owner-a barber by profession recognise both of us and narrated how big-a-cricket buff he was. He also showed us famous cricket personalities to have visited him before. Not just that, he ended up giving Bruce Oxenford a tidy haircut, which was a once a lifetime experience for him,” Kulkarni vividly recalls.

The umpires’ primary job is to uphold the values of the spirit of cricket. And when one considers the umpires’ significance in running a cricket match smoothly, the game is going to be in a good position.