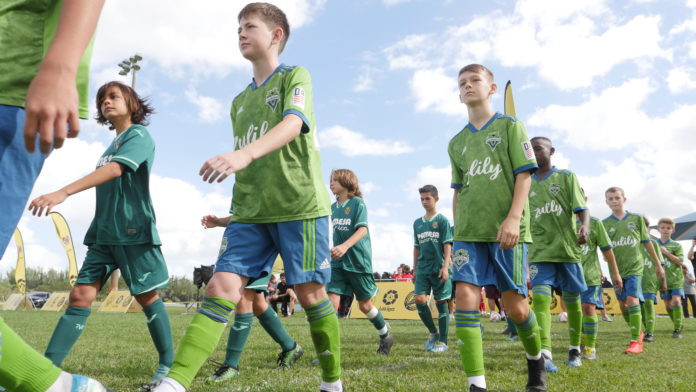 Miami lived a true ‘Yellow’ festival this past weekend. The Villarreal Yellow Cup Miami by LaLiga, an U12 soccer tournament held at Amelia Earhart Park organized by Villarreal CF in conjunction with LaLiga, brought together 16 teams – including some of the best age-group teams in the United States – more than 200 players and 3,000 fans. Villarreal’s ‘Alevin A’ youth team were crowned champions after beating New York Red Bulls 2-1 in the final, watched from the stands by club legends and LaLiga Ambassadors Marcos Senna and Diego Forlan. 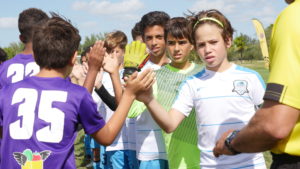 Among the participating teams were two other MLS sides: Seattle Sounders FC and FC Dallas. In addition, there were twelve other teams from the state of Florida, including Strike Force Miami and Cyclone Soccer Hollywood. The tournament consisted of four groups of four; the top two in each group qualified for the quarter-finals of the Gold Division, while the remaining teams battled it out in the Silver Division. The champions of this Silver Division were the Kaptiva Sports Academy, who ran out winners over Doral Soccer Club in the final. 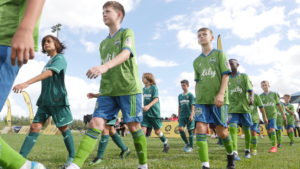 The prize for the champion was a ‘ticket’ to the prestigious LaLiga Promises International tournament, one of the most high-profile youth tournaments in the world, which will be played in the United States in 2020. The ‘Ballon d’Or’ of the tournament went to Zidane of the New York Red Bulls. 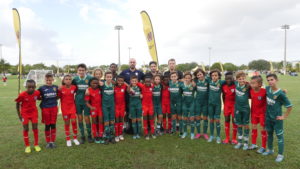 The Villarreal Yellow Cup Miami by LaLiga provided Villarreal with the ideal platform in Florida. Last weekend the club hosted the Villarreal Elite Camp Miami, a football campus also held at Amelia Earhart Park which brought together 300 boys and girls from various different local academies. They were given the opportunity to take part in several training sessions run by Marcos Senna himself, along with a selection of the club’s very own youth coaches. The two players chosen as the best players on campus were also selected to take part in the club’s various official summer tournaments, enrolling in the club’s campus team. And, in addition, coaches from the academies across Florida also had the opportunity to see Villarreal’s academy methodology up close.

Sandwiched between these two events, the Villarreal Soccer Clinic Tour South Florida was held between Monday and Thursday. The clinic, taught at both Strike Force Miami and Cyclone Soccer Hollywood, aimed to mold local coaches in the club’s methodology and share work patterns. The cherry on top of a week in which Villarreal and LaLiga were the talk of Florida youth football.Villarreal CF star at the Yellow Cup in Miami, Florida