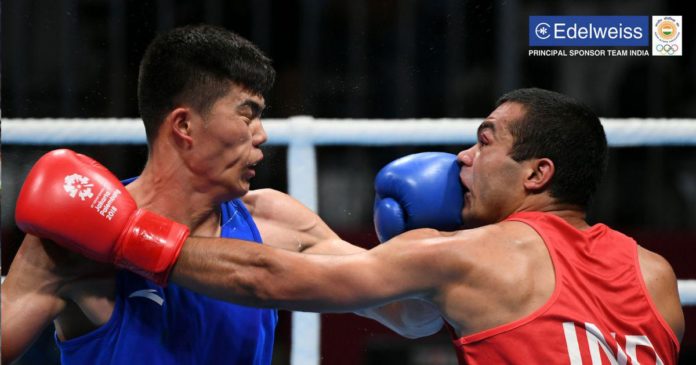 Indian boxer Vikas Krishan (75kg) settled for a bronze medal in the Asian Games after he was declared medically unfit to fight his semifinal bout against Kazakhstan’s Amankul Abilkhan. due to a cut on his left eyelid sustained earlier in the event.

“There is inflammation in the retina as well and it is too risky to let him fight. He will have to take a break for a few weeks,” an official of the contingent was quoted as saying by PTI.

He cut his left eyelid after suffering from an accidental clash of heads in the first round of his quarter-final against China’s Erbieke Tanglatihan on Wednesday. 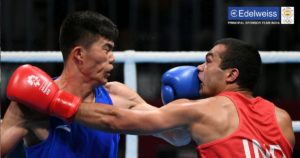 He has, however, managed to script history by becoming the first Indian boxer to clinch three successive Asian Games medals.

The Haryana based boxer won a lightweight 60kg category gold in the Guangzhou edition in 2010, before winning a middleweight bronze medal in the 2014 edition in Incheon. He also won a gold medal at the commonwealth games earlier this year.

In an interview shortly after the fight to The Hindu, Vikas Krishnan said:

“I was unable to see, the picture was not clear, that’s why I was running here and there, That’s why I lost the first round from the three judges.”

Boxing: KSI vs Logn Paul sells as many PPVs as Conor McGregor vs Chad Mendes at UFC 189!