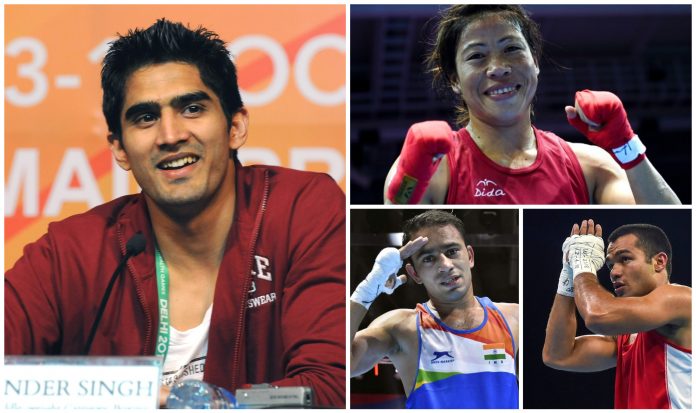 As Vijender Singh sees it, the trio have the best chances of clinching medals at the upcoming 32nd edition of the grand quadrennial event, set to commence from 23rd July in the Japanese capital.

Singh, who will be featured on Sports Extraaa, the live studio show on Sony Sports for the Tokyo Olympics, named Mary, Vikas and Amit as his favourites during an online media interaction on Tuesday.

“Mary Kom and Vikas have lots of experience. Amit is in good form. I think they will do better,” said Singh.

Competing in the 52 kg category, Panghal is a 2018 Asian Games and a 2019 World Championships silver medallist, who clinched his Olympics berth in March last year at the Asia-Oceania Olympic Qualifiers in Jordan.

“He is world No.1 and that brings a lot of benefits. His style is exciting. I am told he boxed well in Dubai (in the Asian championships),” Singh lauded Panghal, who is a JCO in the Indian Army.

Meanwhile, the 2012 and 2016 Olympic Games veteran Vikas Krishan secured his third Olympics qualification at the Asia-Oceania Qualifiers, where he defeated World No 6 and third seed Sewon Okazawa to clinch his spot in the 69 kg category.

“This is his third Olympics and I hope he makes it (to the podium),” the 35-year-old worded on Krishan.

Indian women’s boxing ace Mary Kom is on her final Olympics appearance. The six time world champion, who is seeking her second Olympics medal this year, peaks Singh’s expectations to the fullest.

“She is a strong woman. I pray she comes back with a medal. She is fighting after having three kids and we must learn a lot from her,” added Singh.