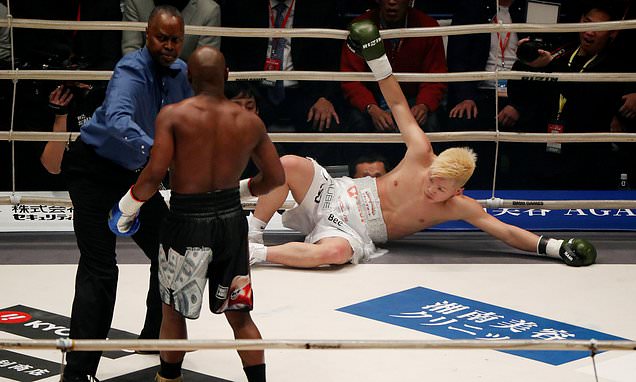 Floyd started the fight just tossing his arms in the air and then Tenshin threw a left hand that kind of clipped him. Floyd then just destroyed him. Walked through his punches and just knocked him down repeatedly until Nasukawa’s corner saw enough to throw in the towel. 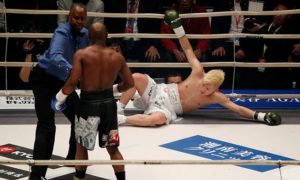 It was supposed to be an exhibition bout but Mayweather came out swinging as he proceeded to batter his much smaller and less skilled foe.

Even though the fight took place in Japan, Floyd Mayweather controlled all the aspects of the fight. he bought his own referee Kenny Bayless, his own ring announcer and even his own national anthem singer with him to Japan.

Mayweather made a staggering $9 million for less than a round’s work and now that’s what Floyd would call Easy Money. The fight took place in Saitama Super Arena and was sold out with a staggering attendance number of 37,000.

The result will not go on official boxing or MMA records.

Boxing: Ex-Floyd Mayweather opponent charged with rape, days before his next fight