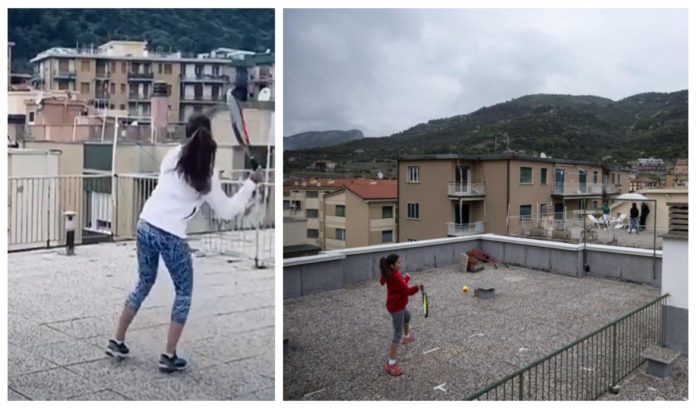 Italy has been one of the most affected countries due to the coronavirus pandemic and the European nation has been in lockdown since early March. But for two aspiring teenage girls pursuing a common dream of tennis, a lockdown is no obstacle. 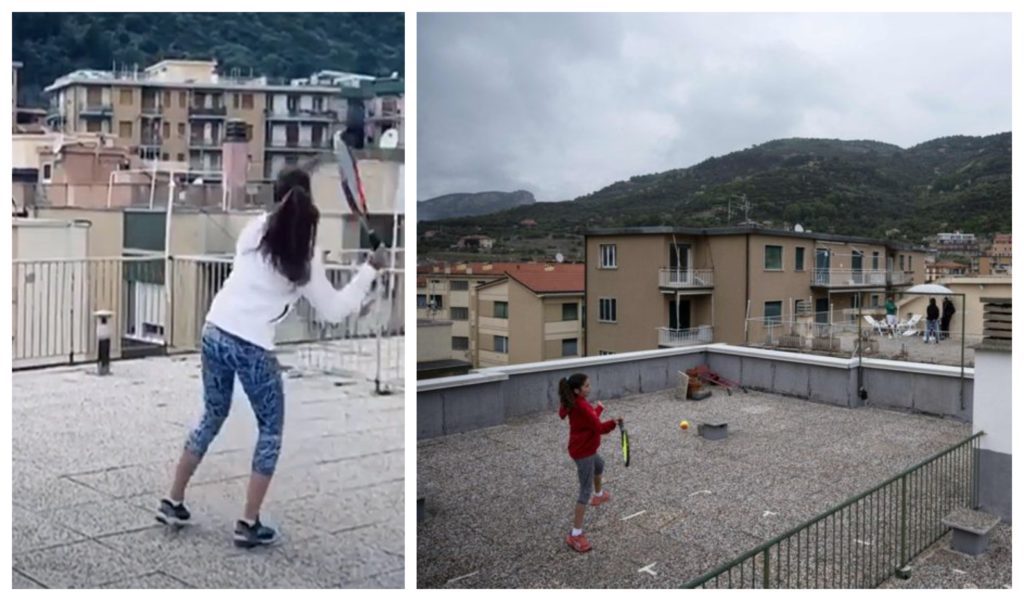 One of the most fundamental halts brought on by the virus is the freezing of sports altogether. Due to the lockdown, practice for athletes to hone their skills is fundamentally not possible.

Despite all of the setbacks, two talented Italian girls hailing from Finale Ligure, Italy just can’t take no for an answer. The duo have hatched up a plan to abide by the rules of social distancing and lockdown and still be able to play the sport they love so much. The plan of theirs involves a little twist though, instead of a court with a net, the venue is their respective rooftops.

Vittoria Olivieri and Carola Pessina thought of the idea themselves according to their coach Dionisio Poggi. He stated:

“It was their idea. They know each other well, they’re friends and they live in neighbouring buildings,”

The coach also pointed out that they are not even of the same group but have tipped the scales in their favour in these adverse times. He added:

They are not the same age, so they don’t train in the same group and don’t play in the same category. But they are both strong and play competitively,”

Check out the video of the players turning the heat up with an impressive rally despite obstacles such as the guard rails and not to mention the heaving gap between the buildings opening up to the street. Considering a majority of us have lobbed the ball from the rooftop on to the street and passing by cars, that is an achievement in itself.

Although, the balls does make it may to the streets because no one is perfect, but thanks to their supportive parents, they never face a delay as the parents pick up the balls from the street. 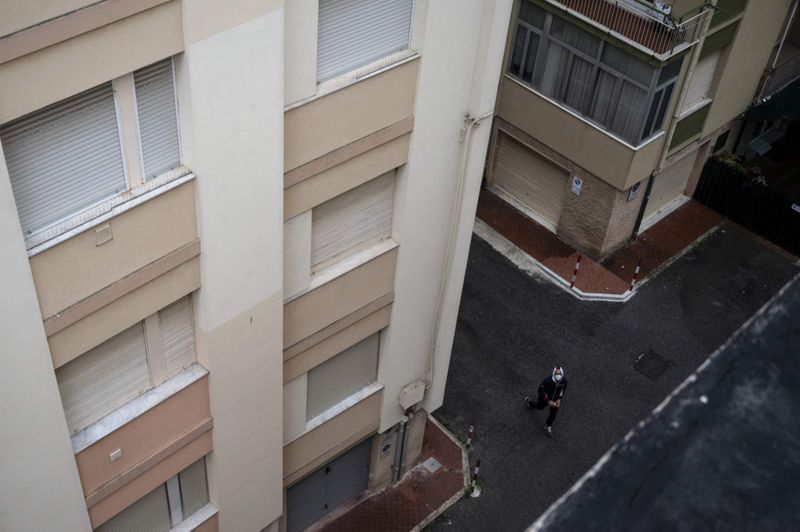 World No.6 Stefanos Tsitsipas was impressed with the commitment of the two young women and claimed that it was nice to see on Twitter.

Virat Kohli promotes the ‘Trim from home’ challenge – but gets trolled by Kevin Pietersen for his grey hair!

Why Restarting Games In Bundesliga Is a Masterstroke

IPL 2021: Stephen Fleming assesses why the field was spread out for the final ball against Pollard

Bruh moment of 8th November 2019: Erling Håland is confused about his big club...