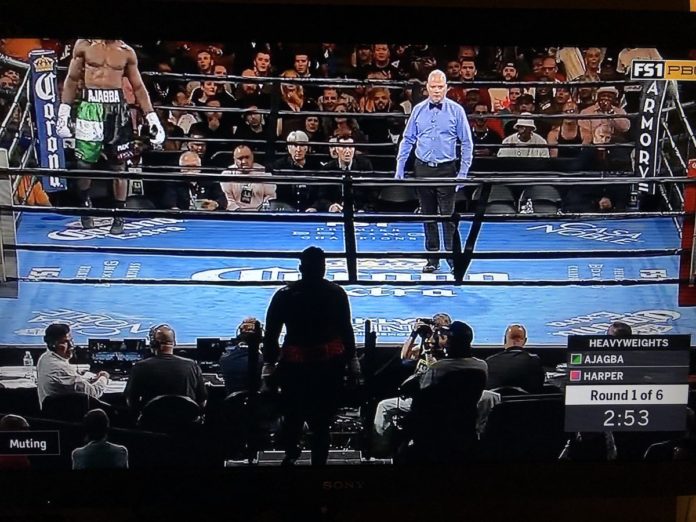 It takes tremendous guts to step inside the ring and put your life on the line to provide for your family. But a very weird thing happened with boxer Curtis Harper on Friday night’s Premier Boxing Champions on FS1 card in Minneapolis.

Curtis Harper (13-5-0) was scheduled to fight Nigerian Olympian and heavyweight prospect Efe Ajagba (5-0-0) on the undercard of Mahonry Montes and Jamal James. 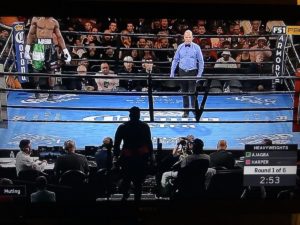 However, Harper walked out of the ring immediately after the opening bell Friday night, leaving fans upset and commentators confused and Harper exited the ring and walked back up the ramp to the dressing rooms amidst loud boos from the crowd.

The fight was ruled out as DQ victory for Efe Ajagba but he was stunned by the incident.

Bobby Brunette from the Minnesota boxing commission looked into the matter:

“He told me wanted to see his contract before he fought,’’ Brunette said. “I told him, ‘The contracts are all signed and filed with the state.’ And then he said if wasn’t going to fight if he didn’t see his contract.’’

Harper who talked to a sideline reporter from PBC Jordan Hardy said:

“Yeah, I’m good, but I need respect. They are not paying me enough, and they’re going to pay me now.’’

It’s unclear about what the future holds for Curtis Harper, but after the stunt, he pulled tonight, it’s unlikely that he will be getting paid.