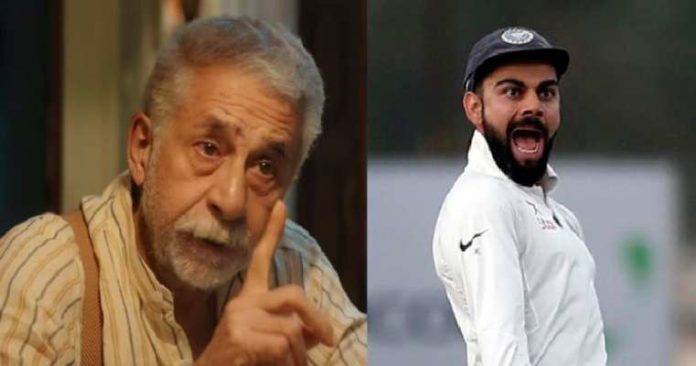 Veteran actor Naseeruddin Shah has provoked a debate in social media after his recent comments on Indian skipper Virat Kohli. 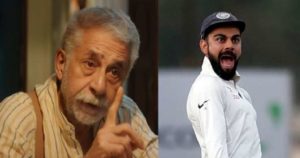 Indian captain Virat Kohli always seems to be surrounded by controversies. After asking one of his fellow countrymen to leave the country, the Delhi lad now has been involved in a verbal spat with the Australian skipper Tim Paine.

Following these incidents, the veteran actor Naseeruddin Shah has called Virat “world’s worst behaved player” in a Facebook post, which has provoked many of his fans in indulging in a debate.

“Virat K is not only the worlds best batsman but also the worlds worst behaved player. His cricketing brilliance pales beside his arrogance and bad manners. And I have no intention of leaving the country by the way,” Shah wrote on his verified account.

The skipper’s comment sparked a huge controversy in the social media, with many slating him for being too arrogant. Now it was Naseeruddin Shah’s turn to make his statement.

Many criticised the actor for terming Kohli the “worst behaved player” and defended him saying aggression is needed to beat the Australians. Also many showed their support to Shah for his brave comments.